A multiverse of a somewhat different kind has been envisaged within string theory and its higher-dimensional extension, M-theory. These theories require the presence of 10 or 11 spacetime dimensions respectively. The extra 6 or 7 dimensions may either be compactified on a very small scale, or our universe may simply be localized on a dynamical (3+1)-dimensional object, a D-brane. This opens up the possibility that there are other branes which could support “other universes”. This is unlike the universes in the “quantum multiverse”, but both concepts can operate at the same time. Continue reading for more.Some scenarios postulate that our big bang was created, along with our universe, by the collision of two branes 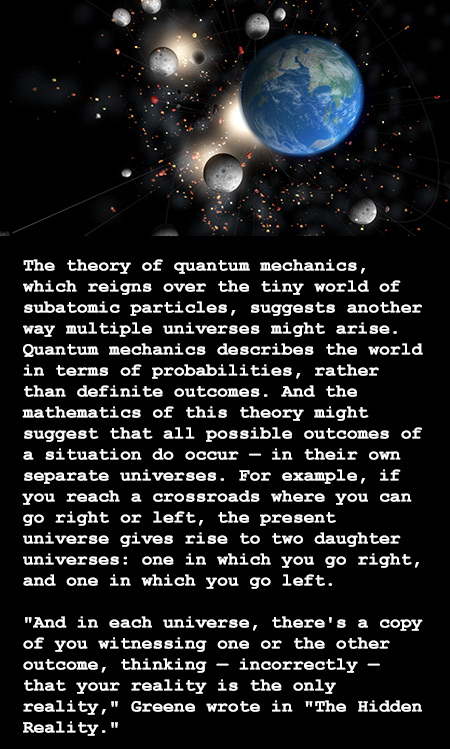 Another Look at the Bagger 288, the World’s Largest Land Vehicle