Did you know that duct tape helped save the Apollo 13 crew because it put together the pieces of the land Rover so they could get back to their space craft? The CO2 filtering system for the Lunar Module was designed for only 2 people for only 3 days, and the filter quickly became saturated. NASA engineers on the ground figured out how to use the spare CO2 filters from the command module, which were of a different size and configuration from the LM filter, piecing together space suit hoses, cardboard from a supply box, plastic bags and holding it all together with lots of duct tape. They talked the Apollo 13 astronauts through the steps required to make and install the make-shift filter, now referred to as the “mailbox” and it worked. Without this solution, the Apollo 13 crew would have died from CO2 poisoning. Also, duct tape was used on Apollo 17’s lunar rover…to hold together a makeshift fender after they discovered that gritty lunar dust thrown up by the rover’s tires was clogging the instruments and space suit filters. Continue reading for more. 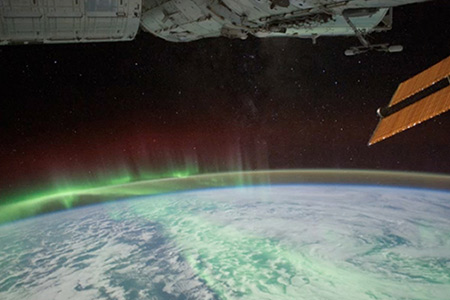 Like any other satellite, including the moon – a natural satellite – the International Space Station (ISS) orbits Earth. It follows an almost circular path around the planet nearly 16 times each day. Circling Earth at 17,500 miles per hour (28,000 kilometers per hour) every 92 minutes, the crew members aboard the International Space Station “experience 15 or 16 sunrises and sunsets every day,” NASA’s Earth Observing System (EOS) Project Office describes. 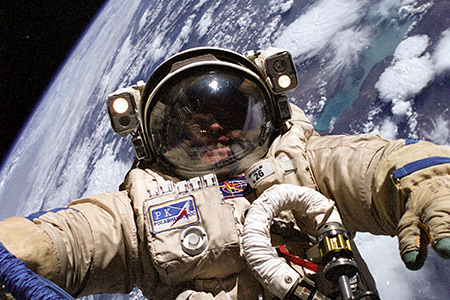 The cost for a flight-related NASA spacesuit is about $12,000,000. The space suit is a complex system of garments, equipment and environmental systems designed to keep a person alive in the harsh environment of outer space. Many countries have designed various versions of spacesuits. 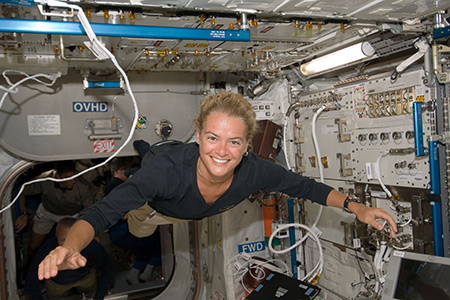 Astronauts lose 2% of their bone mass every month they’re in space — a health risk that threatens to shatter dreams of space travel to Mars. Ron Zernicke, chairman of a symposium on bone research in space, said astronauts will spend 18 months just travelling to and from Mars, plus many more months on the Red Planet. “They could lose potentially 50% of the calcium in their bone,” said Zernicke, who heads the Alberta Bone and Joint Institute and works with the Canadian Space Agency. 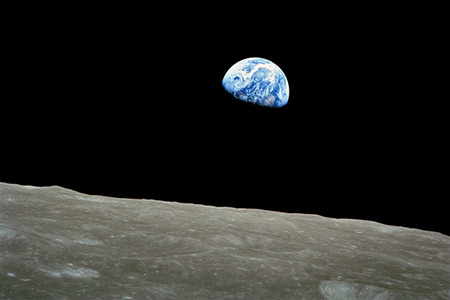 The overview effect is a cognitive shift in awareness reported by some astronauts and cosmonauts during spaceflight, often while viewing the Earth from orbit or from the lunar surface. It refers to the experience of seeing firsthand the reality of the Earth in space, which is immediately understood to be a tiny, fragile ball of life, “hanging in the void”, shielded and nourished by a paper-thin atmosphere. From space, the astronauts tell us, national boundaries vanish, the conflicts that divide people become less important, and the need to create a planetary society with the united will to protect this “pale blue dot” becomes both obvious and imperative. 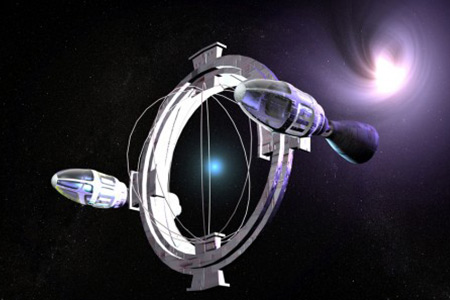 Harold G. White, a physicist and advanced propulsion engineer at NASA and other engineers are developing warp drive – faster than light travel – technology. The team has attempting to slightly warp the trajectory of a photon, changing the distance it travels in a certain area, and then observing the change with a device called an interferometer. An Alcubierre Warp Drive stretches spacetime in a wave causing the fabric of space ahead of a spacecraft to contract and the space behind it to expand. The ship can ride the wave to accelerate to high speeds and time travel.

This is Not Superman’s Fortress of Solitude, Just Lake Erie

Triangular Craft Spotted Over Texas, Might be Top Secret Project