Technically speaking, a wormhole is a hypothetical topological feature of spacetime that would be a “shortcut” through space time. In visual terms, think of space time as a two-dimensional (2D) surface. If this surface is folded along a third dimension, it allows one to picture a wormhole “bridge”. Continue reading for more. 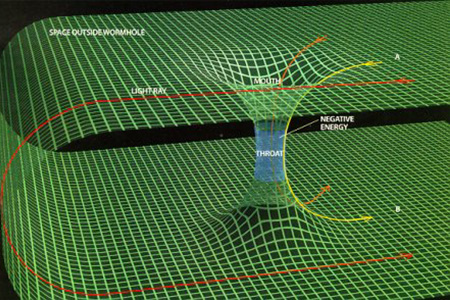 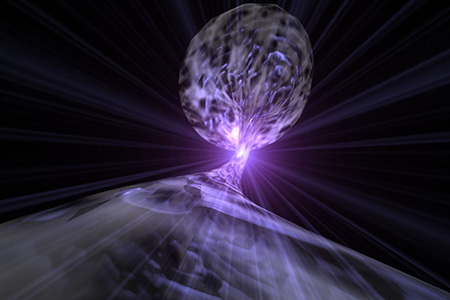 Lorentzian traversable wormholes would allow travel in both directions from one part of the universe to another part of that same universe very quickly or would allow travel from one universe to another. The expansion goes from negative to positive. As the wormhole neck is of finite size, we would not expect caustics to develop, at least within the vicinity of the neck. According to the optical Raychaudhuri’s theorem, this requires a violation of the averaged null energy condition. 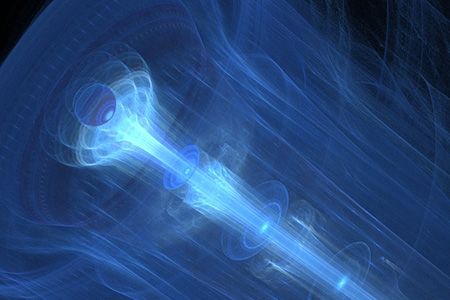 The impossibility of faster-than-light relative speed only applies locally. Wormholes allow superluminal (faster-than-light) travel by ensuring that the speed of light is not exceeded locally at any time. While traveling through a wormhole, subluminal (slower-than-light) speeds are used.

If two points are connected by a wormhole, the time taken to traverse it would be less than the time it would take a light beam to make the journey if it took a path through the space outside the wormhole. However, a light beam traveling through the wormhole would always beat the traveler. As an analogy, running around to the opposite side of a mountain at maximum speed may take longer than walking through a tunnel crossing it. 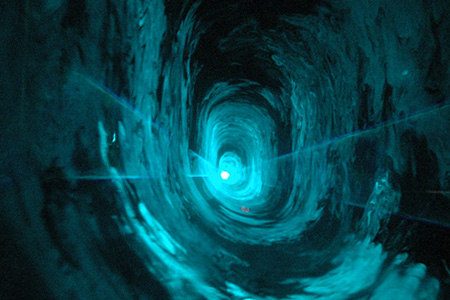 A possible resolution to the paradoxes resulting from wormhole-enabled time travel rests on the many-worlds interpretation of quantum mechanics. This suggests that a wormhole time machine with an exceedingly short time jump is a theoretical bridge between contemporaneous parallel universes.

Because a wormhole time-machine introduces a type of nonlinearity into quantum theory, this sort of communication between parallel universes is consistent with Joseph Polchinski’s discovery of an “Everett phone” in Steven Weinberg’s formulation of nonlinear quantum mechanics. A particle returning from the future does not return to its universe of origination but to a parallel universe.

The theory of general relativity predicts that if traversable wormholes exist, they could allow time travel. This would be accomplished by accelerating one end of the wormhole to a high velocity relative to the other, and then sometime later bringing it back; relativistic time dilation would result in the accelerated wormhole mouth aging less than the stationary one as seen by an external observer, similar to what is seen in the twin paradox.

Bubble Wrap Suit Might Be Most Relaxing Cosplay Ever

There Should Be No Excuses for Laziness, Unless You’re This Facebook User