When people talk about theme parks, Disneyland, Universal Studios, Six Flags, and Sea World usually come to mind, but we’ve rounded up five incredible examples based on real video games, cars, and movies. Continue reading to see them all. 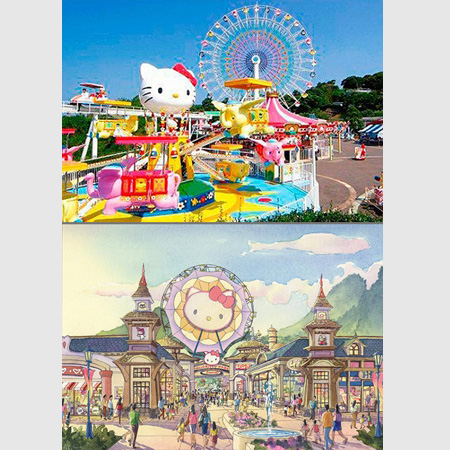 The Sanrio Corporation may already have a theme park in Tokyo (above), but they’re planning to build yet another in China, set to open by 2014. It will be designed mostly by the Pasadena-based Hettema Group, cover less than 25-acres, cost approximately $200-million, and be located in the “rural town of Anji, several hours’ drive from the major cities of Hangzhou and Shanghai.”

Star Trek fans in Aqaba, Jordan rejoice! King Abdullah II of Jordan is spending $1.5-billion to build a Star Trek theme park, complete with “a high-end hotel and dining as well as other facilities were students and businesses can learn about alternative energy and more.”