Yes, what you’re looking at above is actually the first image uploaded to the internet. For those who have never heard of Les Horribles Cernettes, they’re basically an all-female parody pop group founded by employees of CERN; the initials of their name, LHC, are the same as those of the Large Hadron Collider which was later built at CERN.” Continue reading to see more. 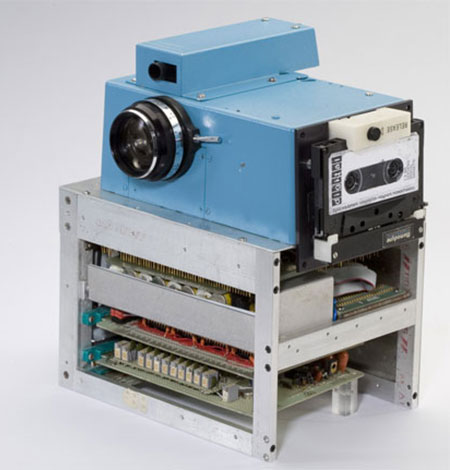 Way back in 1975 – when Kodachrome color slides and Kodak Instamatics were all the rage – Kodak researcher Steve Sasson built the first digicam, cobbled together from spare parts and bleeding edge digital technology. The lens was from a used parts bin on Kodak’s Super 8 camera assembly line, it used a futuristic CCD image sensor (now commonplace) and took 23 seconds to record a crude 100 line black and white image onto cassette tape. 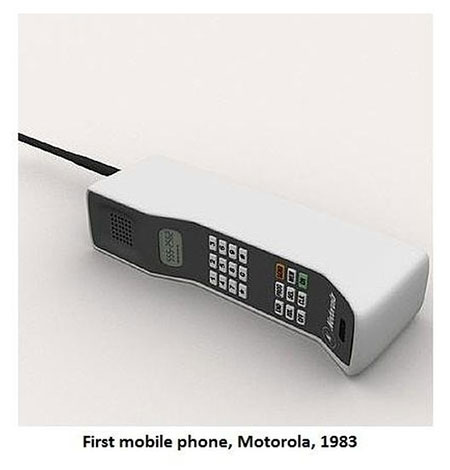 DynaTAC is a series of cellular telephones manufactured by Motorola, Inc. from 1983 to 1994. The first model, the 8000x, received FCC certification in 1983, and became the first cell phone to be offered commercially when it went on sale on 6 March 1983. It offered 30 minutes of talk time and 8 hours of standby, and a LED display for dialling or recall of one of 30 phone numbers. It was priced at $3,995 in 1983. DynaTAC was an abbreviation of Dynamic Adaptive Total Area Coverage. 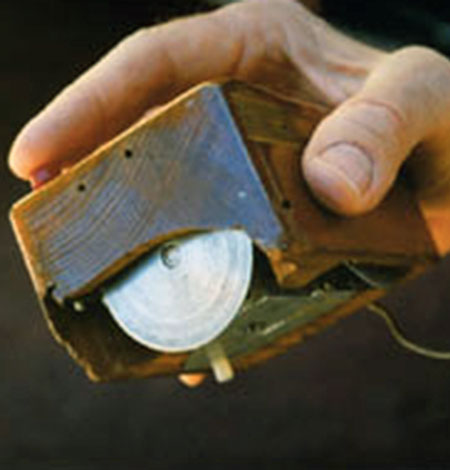 Independently, Douglas Engelbart at the Stanford Research Institute (now SRI International) invented the first mouse prototype in 1963, with the assistance of his colleague Bill English. They christened the device the mouse as early models had a cord attached to the rear part of the device looking like a tail and generally resembling the common mouse.[6] Engelbart never received any royalties for it, as his patent ran out before it became widely used in personal computers.[7] The invention of the mouse was just a small part of Engelbart’s much larger project, aimed at augmenting human intellect via the Augmentation Research Center. 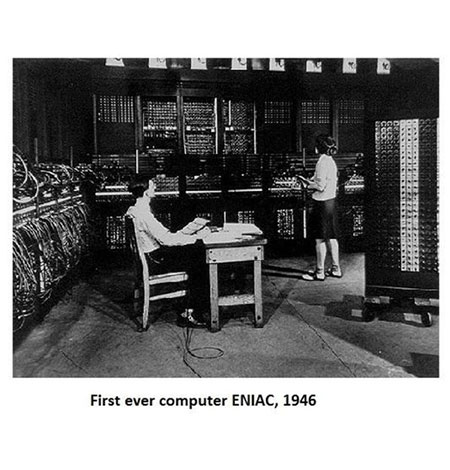 ENIAC (Electronic Numerical Integrator And Computer) was the first electronic general-purpose computer. It was Turing-complete, digital, and capable of being reprogrammed to solve a full range of computing problems. ENIAC was designed to calculate artillery firing tables for the United States Army’s Ballistic Research Laboratory. When ENIAC was announced in 1946 it was heralded in the press as a “Giant Brain”. It boasted speeds one thousand times faster than electro-mechanical machines, a leap in computing power that no single machine has since matched. This mathematical power, coupled with general-purpose programmability, excited scientists and industrialists. The inventors promoted the spread of these new ideas by conducting a series of lectures on computer architecture. 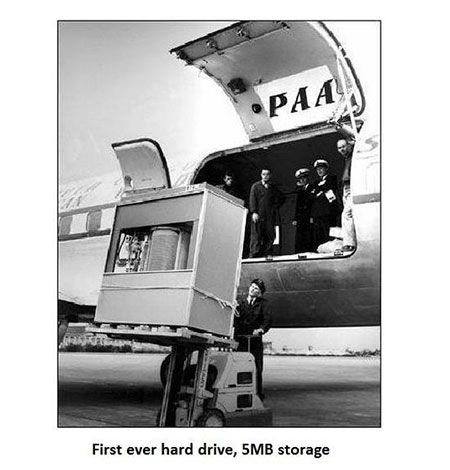 The SSD or HDD that you’re probably using now will look like a relic in just a decade, but look at what a 5MB hard drive looked like in 1956. IBM’s 305 RAMAC was considered to be the first “super” computer with an HDD, and the HDD module alone weighed over a ton and wouldn’t hold enough information to send a single JPG image from most DSLRs.

The hard disk was originally part of the IBM 305 RAMAC, the first commercial computer to feature a hard disc at all. Amazingly, it was not rendered obsolete until 1962 and stayed on the market until 1969. The cost of storing data on this monster was $3,200 per month, which is over $160,000 in today�s dollars. 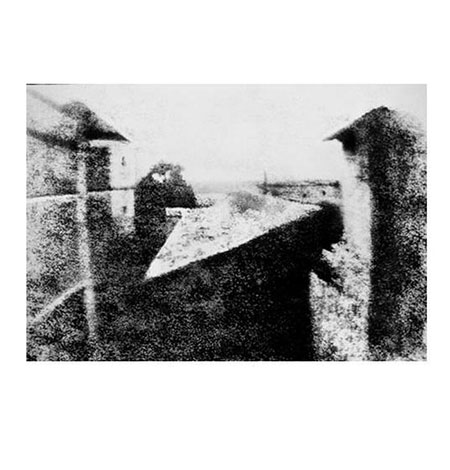 Nicephore Niepce March 7, 1765 – July 5, 1833) was a French inventor, most noted as one of the inventors of photography and a pioneer in the field. He is most noted for producing the world’s first known photograph in 1825. The earliest known, surviving example of a Niepce photograph (or any other photograph) was created in 1825. Niepce called his process heliography, which literally means “sun writing”. Nevertheless, semiologist Roland Barthes, in a Spanish edition of his book “La chambre claire”, “La camara lucida” (Paidos, Barcelona,1989) shows a picture from 1822, “Table ready”, a foggy photo of a table set to be used for a meal.