Could this be a sign? The image above of the M87 galaxy shows a black hole-powered stream of electrons barreling into space, traveling near the speed of light. What this indicates is that there may be a super-massive black hole at the center of this galaxy, with this particular example believed to have “swallowed up” matter equal to 2-billion of our suns. Continue reading for more. 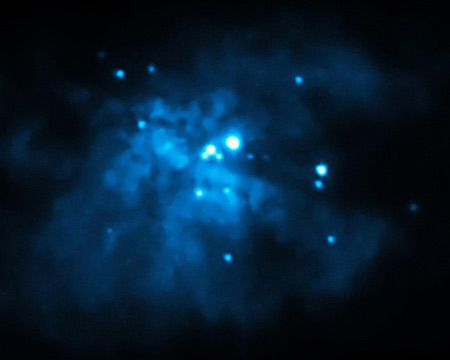 Captured by researchers at Chandra Observatory, this image shows galaxy M82, which has “two bright X-ray sources” that NASA believes are the starting points for two intermediate or supermassive black holes. Black holes reportedly form when a star runs out of fuel and burns itself out. It’s then crushed by its own gravitational weight. Matter collapses into “infinite density” and an extreme curve of space time is created. 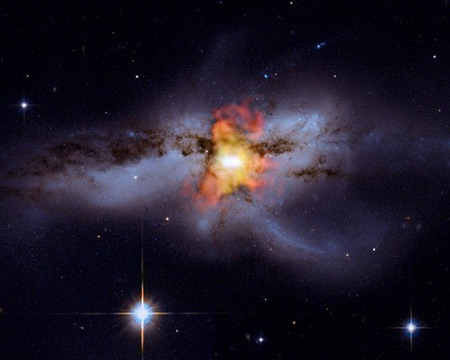 According to some scientists, black holes exist as determined by Einstein’s Theory of Relativity, and they use this understanding of gravity to determine the immense gravitational pull of a black hole. In the above image, NASA uses information from the Chandra X-ray Observatory is combined with images from the Hubble Space Telescope to conclude that two black holes are spiraling toward each other and have been doing so for 30 years. Eventually, NASA thinks they will become one big black hole. 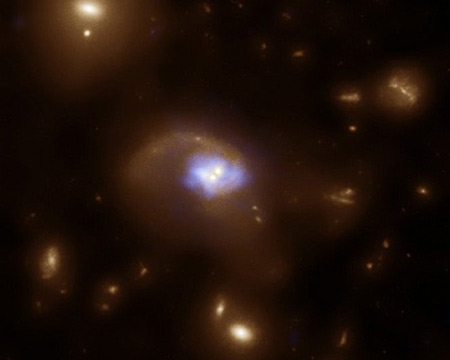 Ever wondered what a recoiling black hole looks like? NASA thinks this image shows evidence of supermassive black holes colliding with each other to form a system, or it is the “slingshot effect” formed from a system that had three black holes. When stars go supernova, they leave behind a supergiant remnant that collapses back into itself, meaning they have no volume, but infinite density, making them black holes. 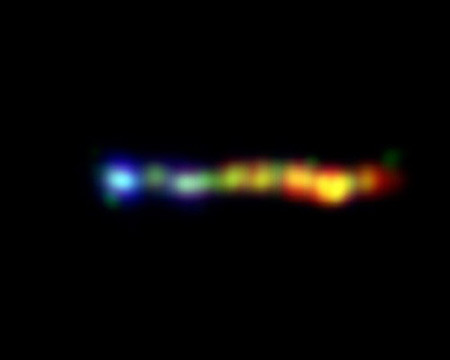 This false-color image depicts a massive stream of particles being shot out of a super-massive black hole, captured by NASA, Spitzer and Hubble telescopes. It’s believed that this stream spans 100,000 light-years across space, which NASA reports is as large as the Milky Way Galaxy, with a mass equal to 4-million of our suns. The color shows the jet’s different light waves. There is a supermassive black hole at the center of our galaxy called Sagittarius A. 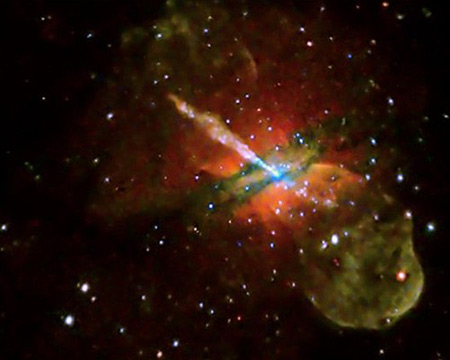 Black holes to this day remain some of the most powerful and puzzling objects in the universe, if they exist that is…what is left behind after a star has collapsed. The image above was compiled from several sources of what is believed to show the effects of a super-massive black hole within the Centaurus A galaxy.