So, you’ve seen the Milky Way Galaxy and Orion Nebula, now we bring you seven mind-blowing pictures of our universe that you probably never knew existed, starting with spiral galaxy M101. According to NASA, it’s “enormous, almost twice the size of our own Milky Way Galaxy – M101 was also one of the original spiral nebulae observed with Lord Rosse’s large 19th century telescope, the Leviathan of Parsontown.” Continue reading to see them all – plus two bonus videos. 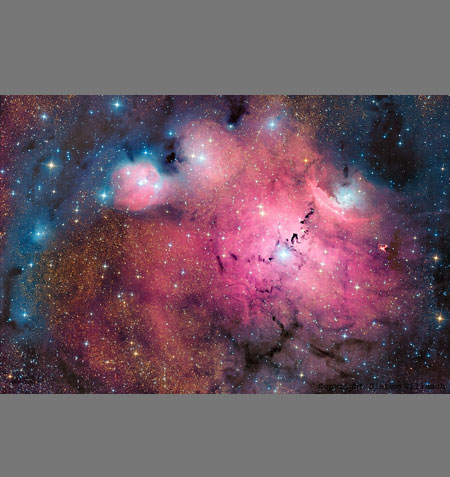 When stars form, pandemonium reigns. A particularly colorful case is the star forming region Simeis 188 which houses an unusual and bright cloud arc cataloged as NGC 6559. Visible above are red glowing emission nebulas of hydrogen, blue reflection nebulas of dust, dark absorption nebulas of dust, and the stars that formed from them. The first massive stars formed from the dense gas will emit energetic light and winds that erode, fragment, and sculpt their birthplace. And then they explode. The resulting morass can be as beautiful as it is complex. After tens of millions of years, the dust boils away, the gas gets swept away, and all that is left is a naked open cluster of stars. Simeis 188 is located about 4,000 light years away and can be found about one degree northeast of M8, the Lagoon Nebula. 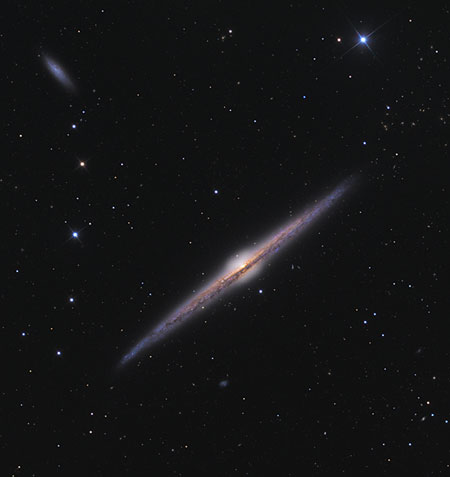 Magnificent spiral galaxy NGC 4565 is viewed edge-on from planet Earth. Also known as the Needle Galaxy for its narrow profile, bright NGC 4565 is a stop on many telescopic tours of the northern sky, in the faint but well-groomed constellation Coma Berenices. This sharp, colorful image reveals the galaxy’s bulging central core cut by obscuring dust lanes that lace NGC 4565’s thin galactic plane. An assortment of other background galaxies is included in the pretty field of view, with neighboring galaxy NGC 4562 at the upper left. NGC 4565 itself lies about 40 million light-years distant and spans some 100,000 light-years. Easily spotted with small telescopes, sky enthusiasts consider NGC 4565 to be a prominent celestial masterpiece Messier missed. 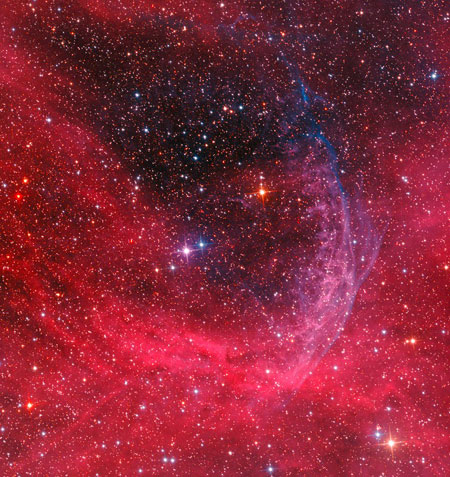 Made with narrow and broad band filters, this colorful cosmic snap shot covers a field of view about the size of the full Moon within the boundaries of the constellation Cygnus. It highlights the bright edge of a ring-like nebula traced by the glow of ionized hydrogen and oxygen gas. Embedded in the region’s interstellar clouds of gas and dust, the complex, glowing arcs are sections of bubbles or shells of material swept up by the wind from Wolf-Rayet star WR 134, brightest star near the center of the frame. Distance estimates put WR 134 about 6,000 light-years away, making the frame over 50 light-years across. Shedding their outer envelopes in powerful stellar winds, massive Wolf-Rayet stars have burned through their nuclear fuel at a prodigious rate and end this final phase of massive star evolution in a spectacular supernova explosion. The stellar winds and final supernovae enrich the interstellar material with heavy elements to be incorporated in future generations of stars. 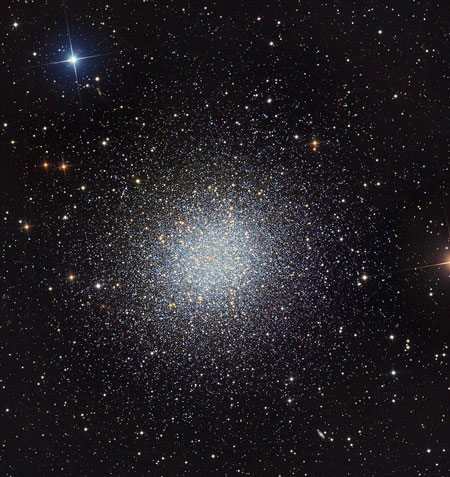 In 1716, English astronomer Edmond Halley noted, “This is but a little Patch, but it shews itself to the naked Eye, when the Sky is serene and the Moon absent.” Of course, M13 is now modestly recognized as the Great Globular Cluster in Hercules, one of the brightest globular star clusters in the northern sky. Telescopic views reveal the spectacular cluster’s hundreds of thousands of stars. At a distance of 25,000 light-years, the cluster stars crowd into a region 150 light-years in diameter, but approaching the cluster core upwards of 100 stars could be contained in a cube just 3 light-years on a side. For comparison, the closest star to the Sun is over 4 light-years away. Along with the cluster’s dense core, the outer reaches of M13 are highlighted in this sharp color image. The cluster’s evolved red and blue giant stars show up in yellowish and blue tints. 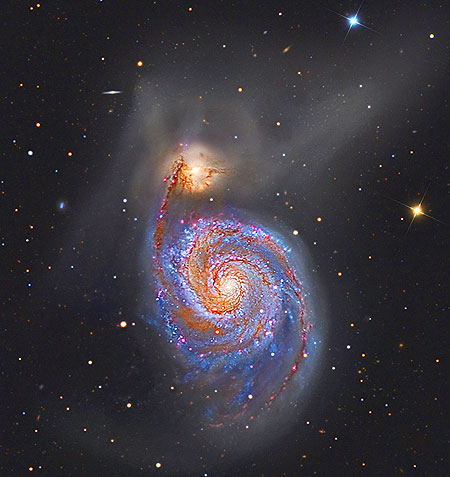 Follow the handle of the Big Dipper away from the dipper’s bowl until you get to the handle’s last bright star. Then, just slide your telescope a little south and west and you might find this stunning pair of interacting galaxies, the 51st entry in Charles Messier famous catalog. Perhaps the original spiral nebula, the large galaxy with well defined spiral structure is also cataloged as NGC 5194. Its spiral arms and dust lanes clearly sweep in front of its companion galaxy (top), NGC 5195. The pair are about 31 million light-years distant and officially lie within the angular boundaries of the small constellation Canes Venatici. Though M51 looks faint and fuzzy to the human eye, deep images like this one can reveal the faint tidal debris around the smaller galaxy.

Leaked Images of an Apple iPad Prototype from 2002