The Sombrero Galaxy is basically an unbarred spiral galaxy in the constellation Virgo located 28 million light years from Earth. It has a bright nucleus, an unusually large central bulge, and a prominent dust lane in its inclined disk. The dark dust lane and the bulge give this galaxy the appearance of a sombrero. Continue reading to see more. 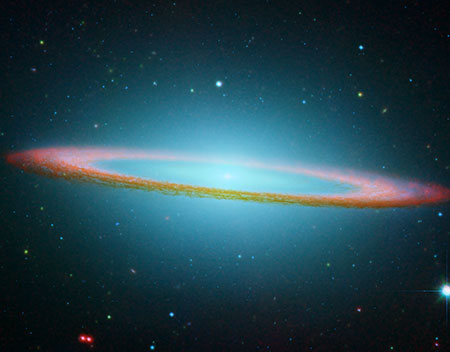 Astronomers initially thought that the halo was small and light, indicative of a spiral galaxy. But Spitzer found that halo around the Sombrero Galaxy is larger and more massive than previously thought, indicative of a giant elliptical galaxy. The galaxy has an apparent magnitude of +9.0, making it easily visible with amateur telescopes. The large bulge, the central supermassive black hole, and the dust lane all attract the attention of professional astronomers. 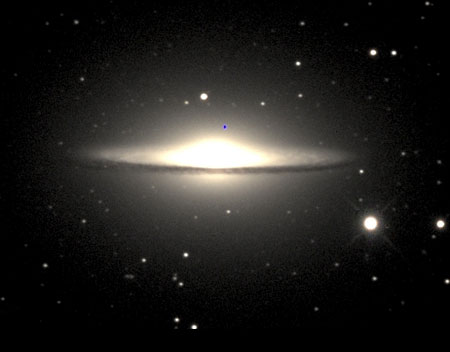 The Sombrero Galaxy was discovered in March 1767 by Pierre Mechain, who described the object in a May 1767 letter to J. Bernoulli that was later published in the Berliner Astronomisches Jahrbuch. Charles Messier made a hand-written note about this and five other objects to his personal list of objects now known as the Messier Catalogue, but it was not “officially” included until 1921. William Herschel independently discovered the object in 1784 and additionally noted the presence of a “dark stratum” in the galaxy’s disc, what is now called a dust lane. Later astronomers were able to connect Mechain’s and Herschel’s observations. 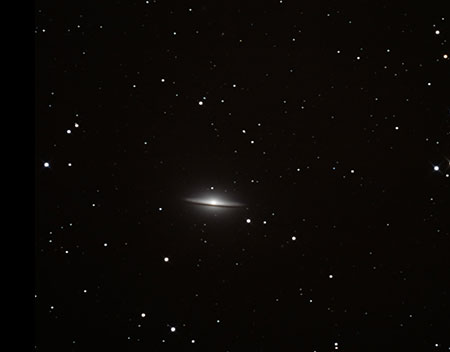 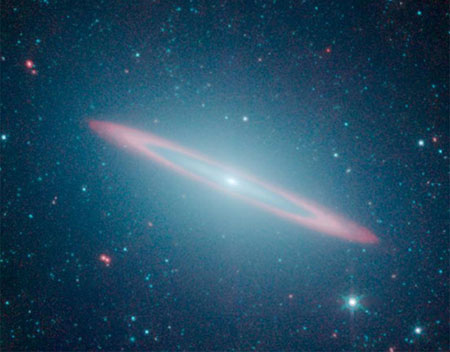 As noted above, this galaxy’s most striking feature is the dust lane that crosses in front of the bulge of the galaxy. This dust lane is actually a symmetric ring that encloses the bulge of the galaxy. Most of the cold atomic hydrogen gas and the dust lies within this ring. The ring might also contain most of the Sombrero Galaxy’s cold molecular gas, although this is an inference based on observations with low resolution and weak detections.[10][11] Additional observations are needed to confirm that the Sombrero galaxy’s molecular gas is constrained to the ring. Based on infrared spectroscopy, the dust ring is the primary site of star formation within this galaxy. 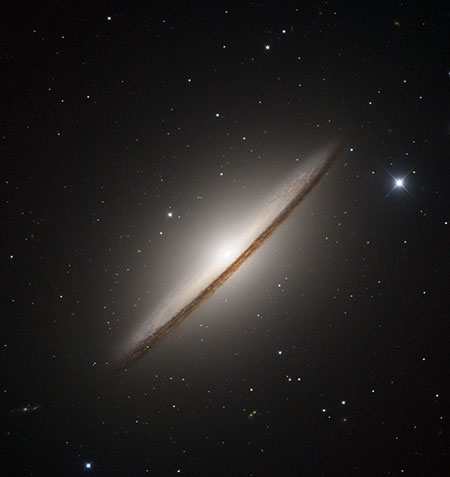 In the 1990s, a research group led by John Kormendy demonstrated that a supermassive black hole is present within the Sombrero Galaxy. Using spectroscopy data from both the CFHT and the Hubble Space Telescope, the group showed that the speed of revolution of the stars within the center of the galaxy could not be maintained unless a mass 1 billion times the mass of the Sun, is present in the center. This is among the most massive black holes measured in any nearby galaxies.

McLaren P1 Official Photos Released, Could Be Most Powerful Hybrid Supercar Yet