The term “super-Earth” refers to an extrasolar planet with a mass higher than Earth’s, but substantially below the mass of the Solar System’s smaller gas giants Uranus and Neptune, which are both more or less 15 Earth masses. Continue reading to see five of the most habitable super-Earths discovered by researchers. 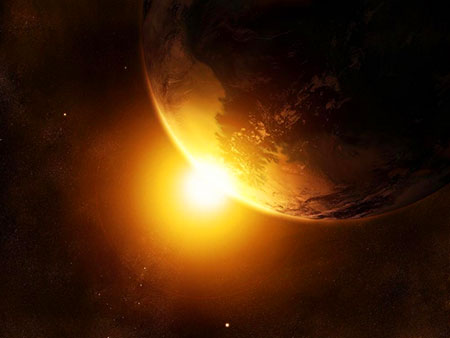 Gliese 163 c is a potentially habitable exoplanet orbiting the red dwarf star Gliese 163. The parent star is 15.0 parsecs (approximately 49 light-years) from the Sun, in the constellation Dorado. Gliese 163 c is one of three planets discovered in the system. With a mass at least 6.9 times that of the Earth, it is classified as a super-Earth (a planet of roughly 1 to 10 Earth masses). 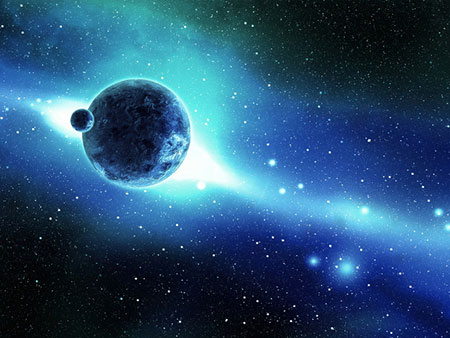 Tau Ceti e is an unconfirmed planet that may be orbiting the nearby Sun-like star Tau Ceti at 11.905 light years of the Sun. It’s the fourth planet of the system in distance to its star. It is notable due to its predicted habitability and Earth-like properties, with an Earth Similarity Index of 0.77 and an orbit that places it on the hot inner edge of Tau Ceti’s habitable zone. Though assuming it is a terrestrial planet like Earth, it would likely be 1.8 times larger in size than the Earth. 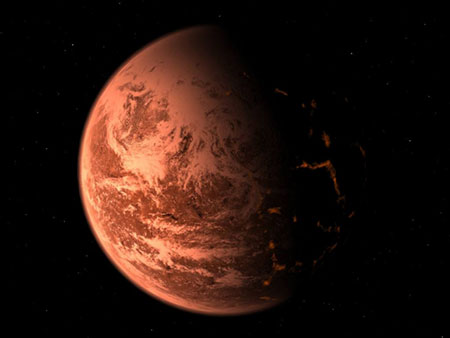 Gliese 581 is a proposed extrasolar planet orbiting the star Gliese 581 approximately 20 light-years away in the constellation of Libra. It was the third planet claimed in the system and (assuming a six-planet model) the fifth in order from the star.

Though not confirmed to be a terrestrial planet and significantly more massive than Earth (at 3.1 Earth masses), the Super-Earth is the first exoplanet of terrestrial mass proposed to orbit within the habitable zone of its parent star.[4]Assuming its existence, computer climate simulations have confirmed the possibility of the existence of surface water and these factors combine to a relatively high measure of planetary habitability. It would have an Earth Similarity Index of 0.74. 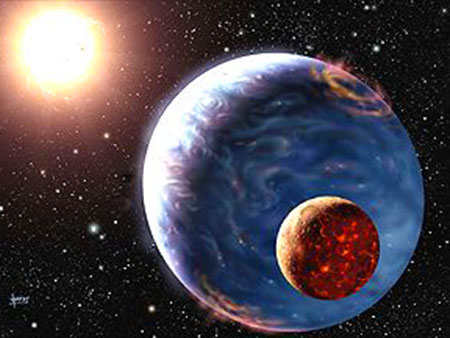 Gliese 581 c is a planet orbiting the red dwarf star Gliese 581. It is the second planet discovered in the system and the third in order from the star. With a mass at least 5.6 times that of the Earth, it is classified as a super-Earth. Gliese 581 c initially generated interest because it was originally reported to be the first potentially Earth-like planet in the habitable zone of its star, with a temperature right for liquid water on its surface, and by extension, potentially capable of supporting extremophile forms of Earth-like life.

In astronomical terms, the Gliese 581 system is relatively close to Earth, at 20.3 light years (192 trillion km or 119 trillion miles) in the direction of the constellation of Libra. This distance, along with the declination and right ascension coordinates, give its exact location in our galaxy. It is identified as Gliese 581 by its number in the Gliese Catalogue of Nearby Stars; it is the 89th closest known star system to the Sun. 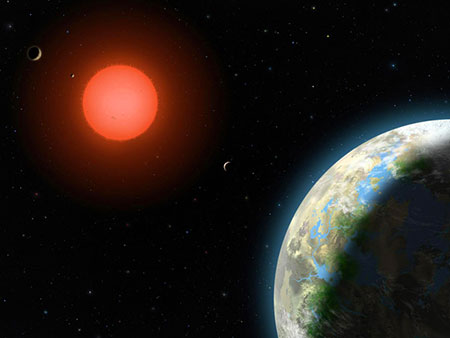 Gliese 581 g is an extrasolar planet claimed to orbit the red dwarf star Gliese 581, 22 light-years from Earth in the constellation of Libra. Gliese 581 g has attracted attention because it is near the middle of the habitable zone of its parent star. That means it could sustain liquid water on its surface and could potentially host life similar to that on Earth.

If it is a rocky planet, favorable atmospheric conditions could permit the presence of liquid water, a necessity for all known life, on its surface. With a mass 3.1 to 4.3 times Earth’s, Gliese 581 g is considered a super-Earth and is the planet closest in size to Earth known in a habitable zone. This makes it the most Earth-like Goldilocks planet found outside the Solar System and the exoplanet with the greatest recognized potential for harboring life. The supposed detection of Gliese 581 g after such a short period of searching and at such close proximity has led some astronomers to hypothesize that the proportion of stars with habitable planets may be greater than ten percent.

The chief assumption about habitable planets is that they are terrestrial. Such planets, roughly within one order of magnitude of Earth mass, are primarily composed of silicate rocks and have not accreted the gaseous outer layers of hydrogen and helium found on gas giants. That life could evolve in the cloud tops of giant planets has not been decisively ruled out, though it is considered unlikely given that they have no surface and their gravity is enormous. The natural satellites of giant planets, meanwhile, remain perfectly valid candidates for hosting life.