At first glance, this may appear to be a regular vintage key, but you’ll quickly see that it has other mechanisms built into it, and that’s because it’s a fully-functional gun. Continue reading to see five more real guns disguised as old keys. 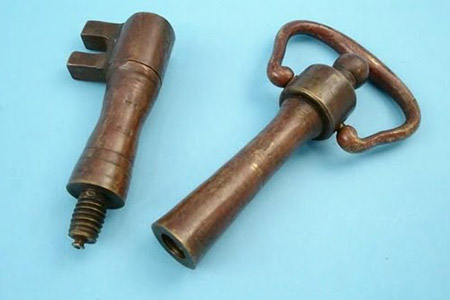 On the outside, it looks like your standard key from 1822, but unscrew the middle half, and you’ll see that it conceals a working .22-caliber pistol. Now accuracy and potential damage are another story. 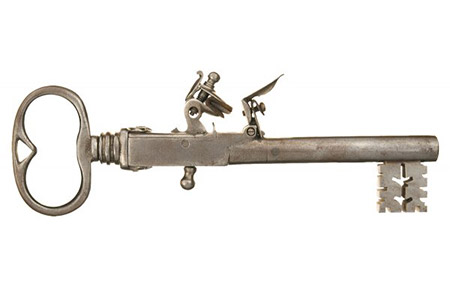 Not just any key, this one doubles as a flintlock-style gun. For those who have never heard of term, it basically refers to any firearm based on the flintlock mechanism, or an old-fashioned type of gun fired by a spark from a flint. 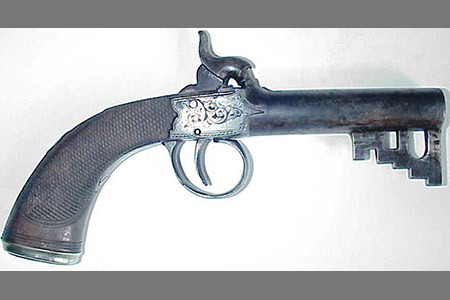 Ok, so this key pistol may be harder to pass as a harmless tool, but it’s definitely one of the cooler looking examples. One thing you may not have known about pistols is that they originate in the 16th century, when early handguns were produced in Europe. 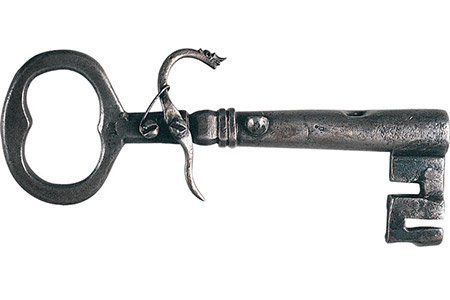 This key gun originated from the 16th century and most certainly looks the part. The etymology of the French word pistolet may be from the Italian word, pistolese, after Pistoia, a city renowned for Renaissance-era gunsmithing, where hand-held guns (designed to be fired from horseback) were first produced in the 1540s 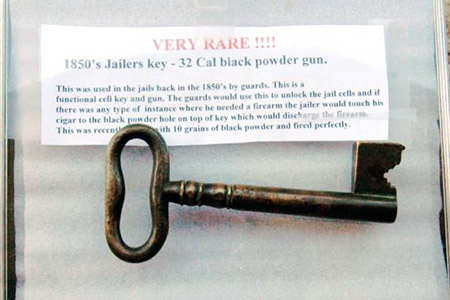 Any inmate unlucky enough to be faced with this key would actually be dealing with a .32-caliber black powder gun. All the jailer had to do was touch their cigar on the black powder hole on top to discharge it.