File this under: UFO mysteries. Sure, there’s no real hard evidence of UFOs actually existing, but that’s why they remain one of the most controversial topics today. Some of that mystery comes in the form of flying objects spotted in classic paintings. First up, we have “The Madonna with Saint Giovannino”, which was painted in the 15th century by Domenico Ghirlandaio (1449-1494) and hangs as part of the Loeser collection in the Palazzo Vecchio. Continue reading for more. 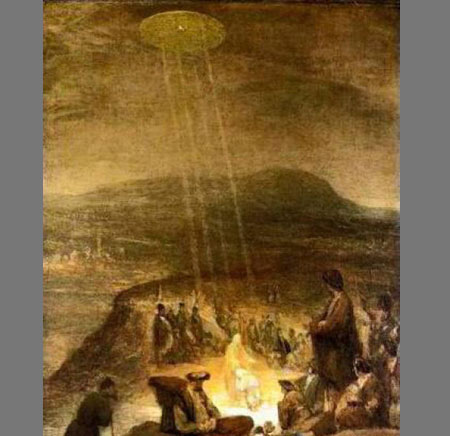 This image is by Flemish artist Aert De Gelder, and named “The Baptism of Christ”. This image was painted in 1710 and hangs in the Fitzwilliam Museum , Cambridge. A UFO-like object is shining beams of light down on John the Baptist and Jesus. 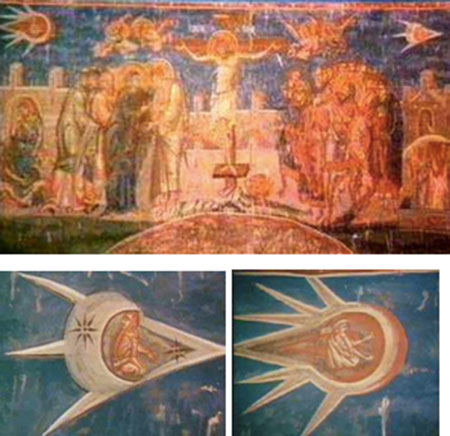 The first picture above shows a fresco titled “The Crucifixion”, and it was painted in 1350. The two objects enlarged below with figures inside can be seen in the top left and top right of the fresco. This painting is located above the altar at the Visoki Decani Monestary in Kosovo, Yugoslavia. 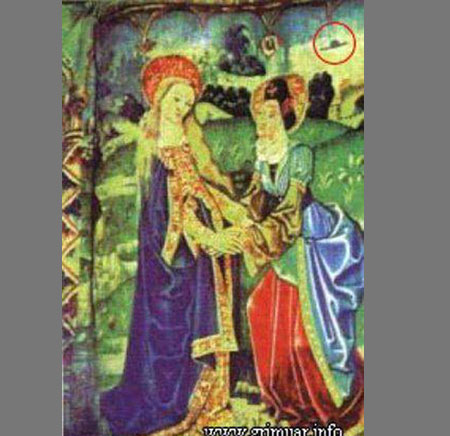 This tapestry, titled “The Magnificat”, was painted in the 14th century and depicts the life of Mary. A hat shaped object can be clearly seen in the painting. It’s located at the French basillica Notre-Dame in Beaune, Burgandy. 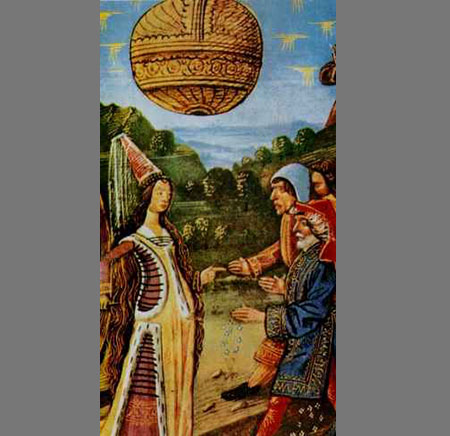 This image is sourced from the French book “Le Livre Des Bonnes Moeurs” by Jacques Legrand. While some people may say that the spherical object in the painting is a balloon, there was no such thing as balloons in France during 1338. 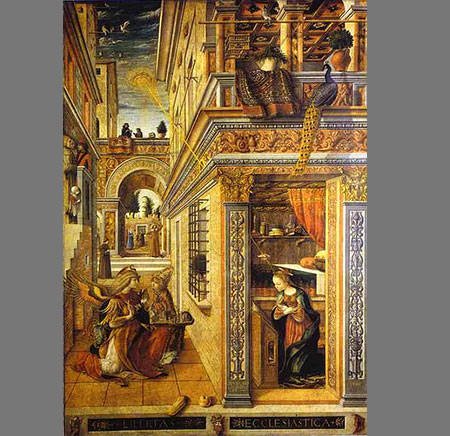 This painting is by Carlo Crivelli (1430-1495), and named “The Annunciation with Saint Emidius” (1486). It hangs in the National Gallery of London. A bizarre disk-shaped object can be seen shining a pencil beam of light down onto the crown of Mary’s head.