Photo credit: Reddit
AT&T has been testing the Netgear Nighthawk 5G hotspot in select areas across the country, and some of those users have begun posting their 5G speeds with mixed results to say the least. The 5G network is currently producing speeds nearly identical to AT&T’s 4G LTE, as a user managed to get 194.88 Mbps download from a tower located directly across the street from their location atop a 3-story building. Read more for another video and a picture comparing 5G to 4G LTE. 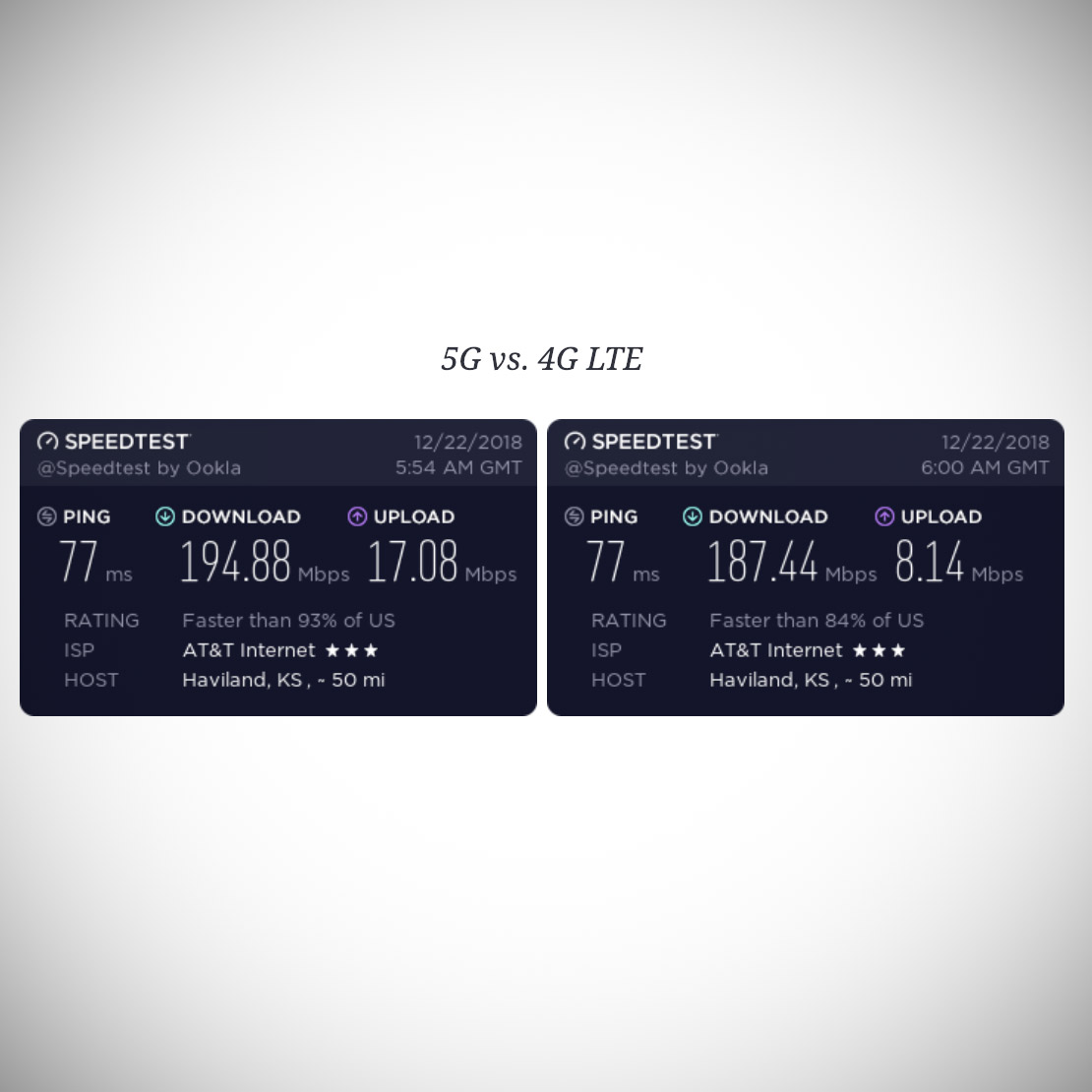 Since AT&T’s 5G network is still relatively new, its top speeds mainly depend on broad channels of spectrum, and as carriers deploy more, they should improve. AT&T is currently using 100MHz of millimeter wave spectrum with 2×2 MIMO antennas good for 625 Mbps speeds on pure 5G (979Mbps peak), which is still lower than LTE’s peak of 1.2Gbps in the best conditions.


“5G’s real strengths lie in providing larger channels of spectrum more often than LTE. As PCMag’s Segan points out in a December explainer, one large point of potential for AT&T’s 5G, and all 5G, is offering a higher floor than LTE – the speeds may not be shockingly high, but hopefully they will turn up much more consistently high results,” reports Android Police.