When you need to transport a group of people in style, limousines are still the best solution for the job. They are usually loaded with high-tech features and can be made from almost any car, even the Ferrari 360 Modena (above). Continue reading to see seven of the weirdest limousines ever. 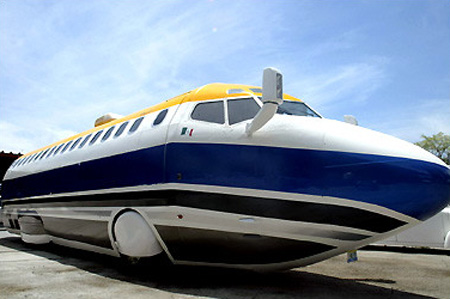 This Boeing 727 limousine may not fly, but it could quite possibly be the coolest ever. According to the builder, “it’s 53 feet long and can carry a whopping 50 people in total luxury.” Unfortunately, this vehicle may not be street legal. 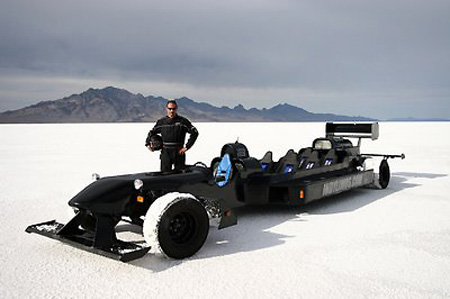 At first glance, the GP Limo looks like a stretched IndyCar vehicle, but it’s actually a limousine capable of hitting speeds in excess of 200mph. Michael Pettipas managed to break the 300mph barrier in a one-off model during 2005 at the Utah Salt Flats. 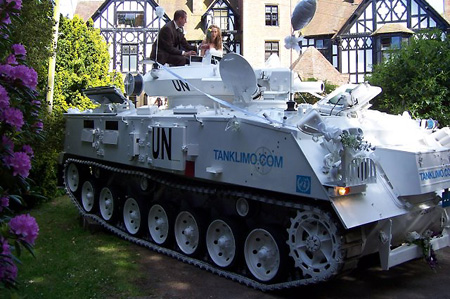 Yes, the Tank Limo isn’t some joke and can actually be rented for special occasions. It may not be very luxurious outside, but on the inside, you’ll find plenty of seating, a few DVD players with displays, and a mini fridge to boot. 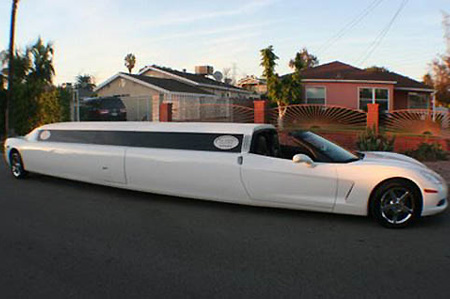 Are you a fan of gullwing doors, Corvettes, and limousines? Then this custom-made Corvette C6-based vehicle should be added to your shortlist. Unlike the other entries here, this limousine features an electric fireplace and even a disco-themed interior, complete with dance floor.

At 23-feet long, the Ferrari 360 Modena limousine can go from 0-60mph in less than 6-seconds — though not as quick as the GP Limo above, this one is street legal. Inside, the vehicle has been fitted with a six speaker surround sound system, DVD player, 10-inch LCD display, and integrated cameras for road viewing. 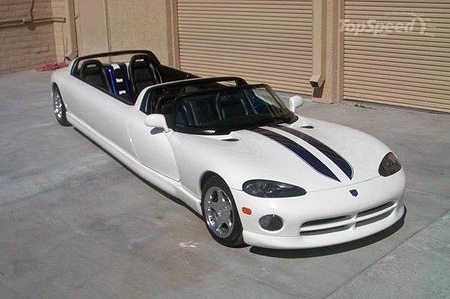 Yes, this Dodge Viper convertible limousine is real and created by a company called Unique Movie Cars, which specialize in creating models specially for the big screen. You may remember models like the Mutt Cutts van from Dumb and Dumber and KITT from Knight Rider – both of them were the company’s proud creations.

Unlike its two-door counterpart, this stretch Audi R8 “is reportedly tipped to be completed by this coming summer, and will retain the donor car’s 5.2-liter V10 — but we’d guess not its all-wheel drive system, and none of its handling dynamics.” Whereas the Ferrari job incorporated two giant gullwing doors to give access to all the rear buckets at once, the R8 project – commissioned by the same company that owns the Ferrari limo – appears to feature individual gullwing doors for each of the passenger seats.