Thanks to advancements in photography equipment, amateur astronomers and professional photographers alike are able to capture space like you’ve never seen before. We’ve rounded up seven of this year’s most beautiful space images for your viewing enjoyment. First up, we have a photo that took home an award in the “Earth and Space” category – the judges particularly liked the lines in the ice leading you skyward to Orion, Taurus, and the Pleiades.” Continue reading to see more – plus a bonus video on the deepest space image ever captured. 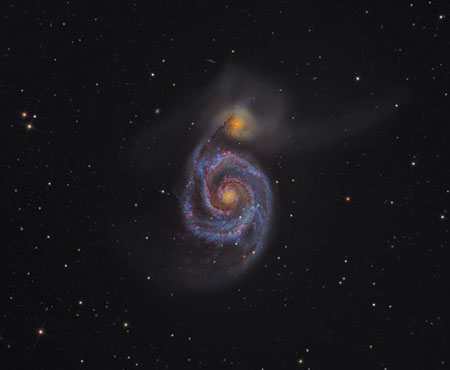 This shot by Martin Pugh took top honors in the overall and “Deep Space” categories–and for good reason. As an archetypal example of a spiral galaxy, it’s an often-seen, often-photographed heavenly body, but here it looks detailed and fresh. 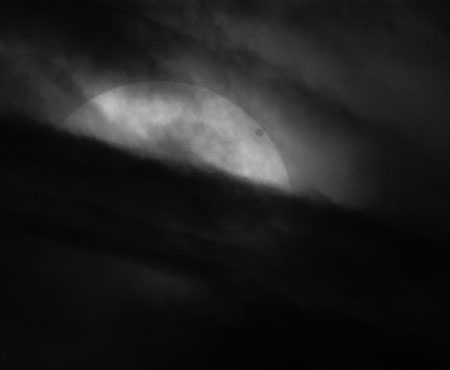 One of the great astronomical events of the year, the transit of Venus almost couldn’t be seen in some parts of the world. Here, it peeks out for the U.K., giving photographer Chris Warren a chance to snap a photo. It took first in the “Our Solar System” category. 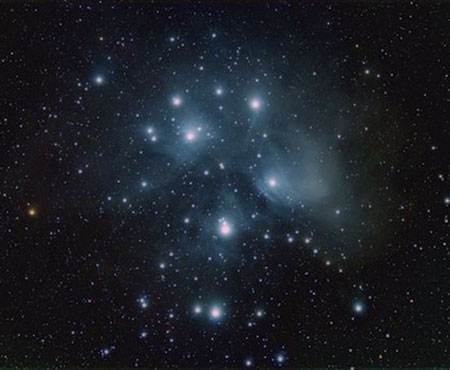 This is great, and the photographer is just 15. Jacob von Chorus pulled top honors in the “Young Astronomy Photographer of the Year” category for this photo of the nearby Pleiades star cluster. We can’t wait to see what he ends up submitting a few years down the road. 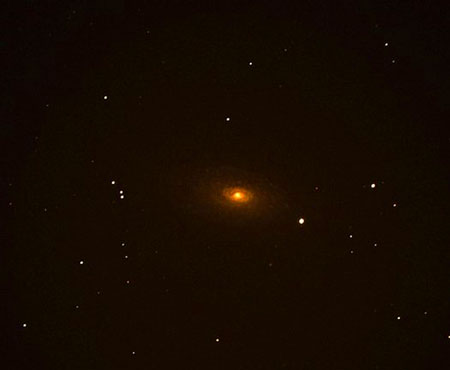 Messier 63, aka The Sunflower Galaxy, looks lonely here. The winner of the “Robotic Scope” category, the technical assistance helped it reach the distant galaxy, but you can still see from the blankness around it that it’s a long way to go. 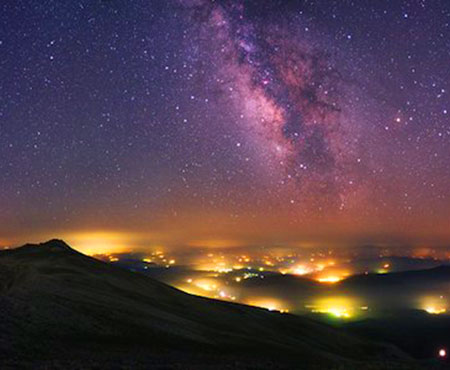 This is Uludag National Park in Bursa, Turkey, but it could be a snapshot of a fuzzy dream. “The lights of towns and villages down below were greatly diffused by the dust, haze and humidity accompanying the heat wave of July-August 2010,” Tunc Tezel said. “Normally, it is either very clear or the lower lands are lost under the clouds all together.” The shot was “highly commended” in the “Earth and Space” category. 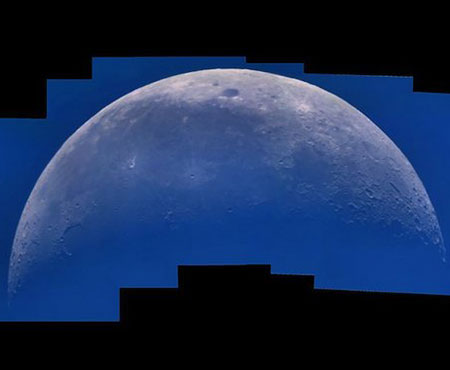 We see the Moon every day, but this mosaic gives us a high-resolution look, with visible mountains and lunar “seas.” It’s another entry in the “Young Astronomy Photographer of the Year,” meaning taken by another 15-year-old: Laurent V. Joli-Coeur. 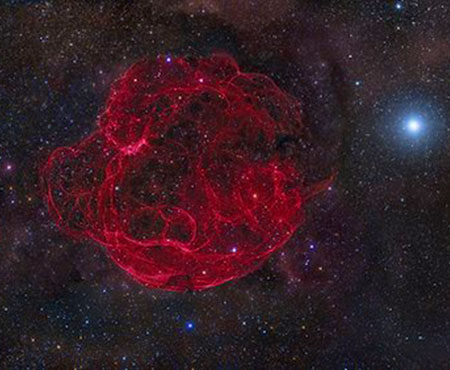 A supernova remnant, Simeis 147 looks like a network of veins drifting through space in this surreal photo. It won runner-up in the “Deep Space” category, but there’s nothing second-rate about it.

Astronomers using the Hubble Space Telescope have released an incredible new image that peers deeper into the universe than mankind has ever seen before. The history of galaxies – from soon after the first galaxies were born to the great galaxies of today, like our Milky Way – is laid out in this one remarkable image, Nasa says. The image of an area called the eXtreme Deep Field (XDF) was made by collecting faint light over many hours of observation and shows some of the earliest galaxies ever to form in the universe.

It includes very deep exposures in red light from Hubble�s new infrared camera revealing some galaxies which are one ten-billionth the brightness of what the human eye can see. Magnificent spiral galaxies similar in shape to our Milky Way and the neighboring Andromeda galaxy appear in this image, as do the large, fuzzy red galaxies where the formation of new stars has ceased. These red galaxies are the remnants of dramatic collisions between galaxies and are in their declining years.

The new full-colour XDF image reaches about 5,500 even more distant galaxies – despite its smaller field of view.Hubble pointed at a tiny patch of southern sky in repeat visits (made over the past decade) for a total of 50 days, with a total exposure time of 2 million seconds. More than 2,000 images of the same field were taken with Hubble’s two most high-tech cameras – the Advanced Camera for Surveys and the Wide Field Camera 3, which extends Hubble’s vision into near-infrared light – and combined to make the XDF.