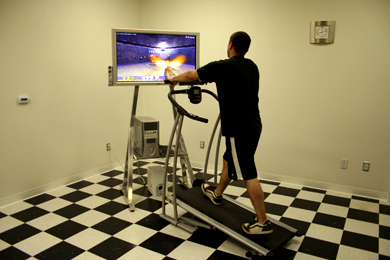 How about a treadmill that doubles as a FPS game controller? You’ll find that and more in this strange list. If we missed any, please leave us a comment.

Put simply, the GameRunner is one of the strangest game controllers we’ve come across. It fuses the technologies of exercise equipment and video gaming – ideal for first person shooters. More video clips here.[Source]

File this under: “Strange Game Controllers” The guys over at Zedomax have built a motion-controlled SIXAXIS controller crammed inside a model plane.

Moreover, the propeller even kicks it into high gear to simulate the thrill of the flight in the comfort (and safety) of your own room. While the list of hardware (and background knowledge) necessary to create this thing is far too long to cover here, you can get your feet wet with a Cubloc controller, an accelerometer, and about 40 hours (or more) of unused vacation 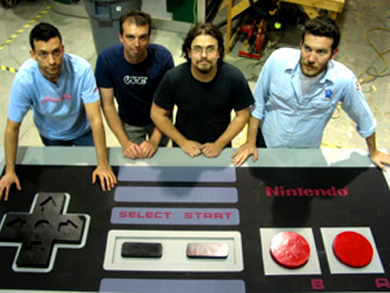 Incredibly enough, the world’s largest functional NES controller cost only $400 to build and made its debut on G4’s Attack of the Show in 2005.[Source] 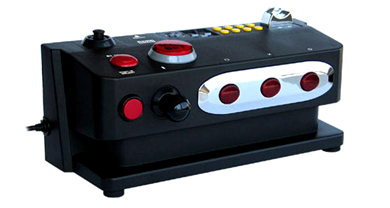 This PS2 controller was designed specifically for use with “PachiSlot”, a “skill-stop slot machine” and even includes a coin slot. Unfortunately, it’s only available in Japan.[Source] 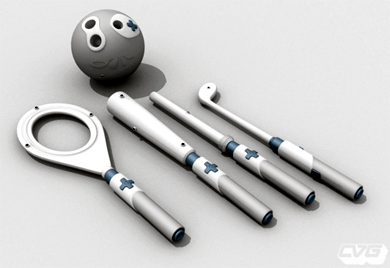 Unlike the Wiimote, these “Fusion Controllers” by In2Games “operate using sound waves ‘and other technical wizardry,’ so you won’t need to be pointing at a sensor bar for them to function.” Best of all, they’re priced at just $65 and go on sale later this year.

They’ll connect to your overpriced next-gen console via USB, and it looks like the controllers will come in a variety of flavors including the sure-to-be-popular light saber, golf club, and tennis racquet

At first glance, this chainsaw looks to be something straight out of a horror movie, but in reality, it’s just a Nuby Tech game controller — designed for use with Resident Evil 4. [Source] 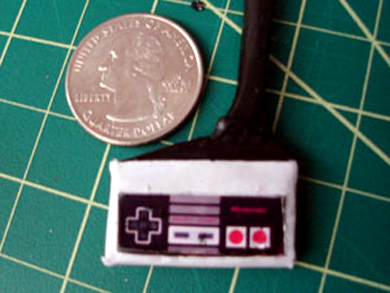