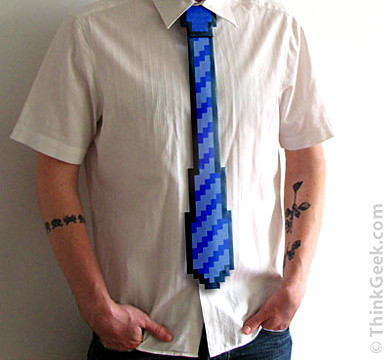 What originally was an April Fools’ joke, is now a reality. ThinkGeek’s 8-bit tie is “100% silk, clip on (for easy dressing), and custom designed by them for you.” Expect to shell out $19.99 (or more) for this stylish accessory when it’s released. Hit the jump for an up-close shot.

You’ll be just like Mario when he wore a tie to meetings when negotiating his contact with Nintendo. Sure the Wii, PS3, and Xbox 360 are out there with all their super technology, but sometimes it’s nice to remember the beginnings of the video game revolution 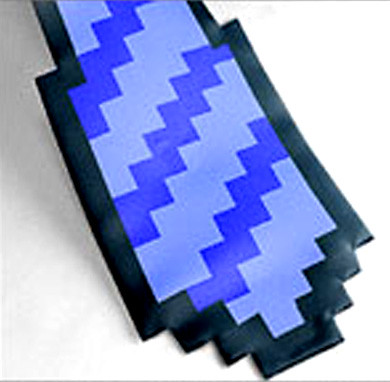