Flying cars don’t need a special garage or license, and the Airbus Pop.Up proves it. Think of this flying car as a drone-like air transport based on platform-based ground transport modules. In other words, passengers would interact with the system using an app, which would then manage their trip using Artificial Intelligence, piloting both modules for them. In addition to the air and ground modules individual passenger capsules could also interact with trains, subways, and hyperloops, creating one seamless mobility solution. Continue reading for more flying cars we could see in the future. 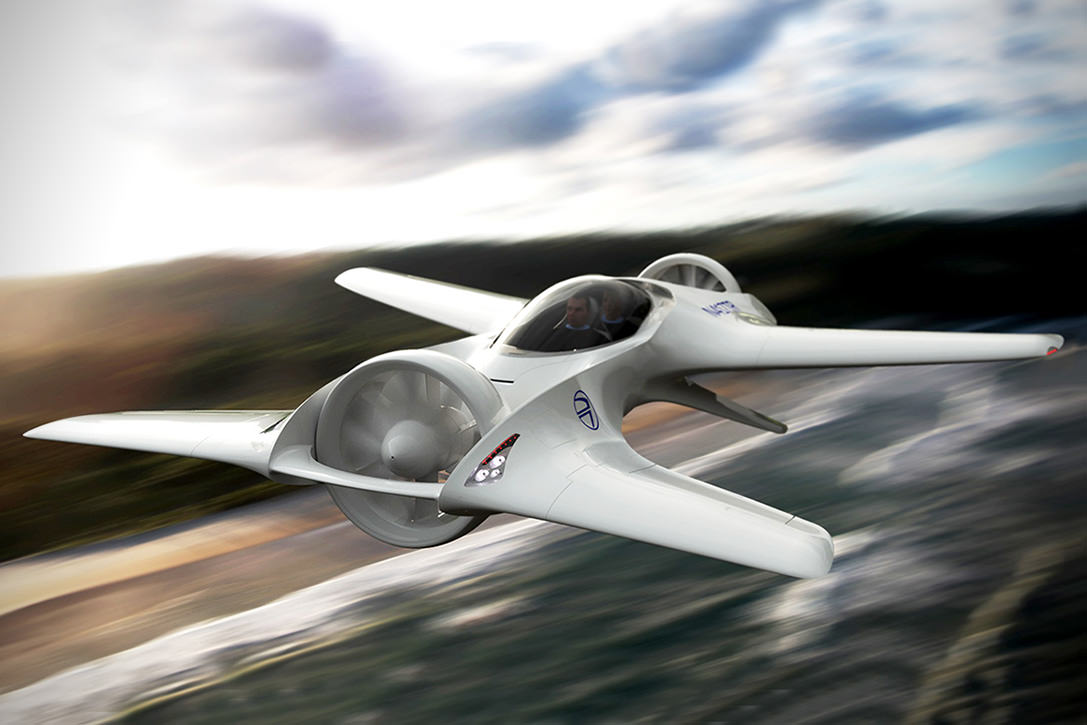 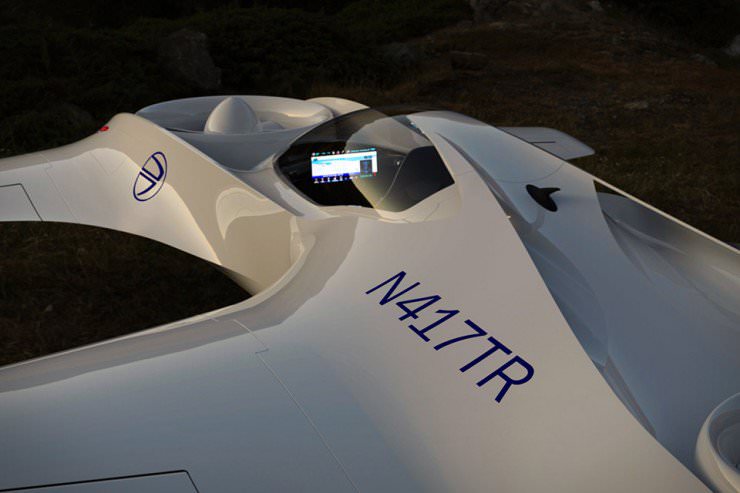 Envisioned by DeLorean Aerospace, founded in 2012 by Paul DeLorean, the DR-7 flying car is essentially a two-seater that comes complete with four wings and a pair of winglets to harness the power generated by a center line twin vectoring propulsion system. The sleek aerodynamic body was designed specifically to create a low drag coefficient, and it’s fully electric to boot, with a range of 120 miles. The prototype measures 20 feet long by 18.5 feet, but the production vehicle can be folded down to fit in a standard garage. 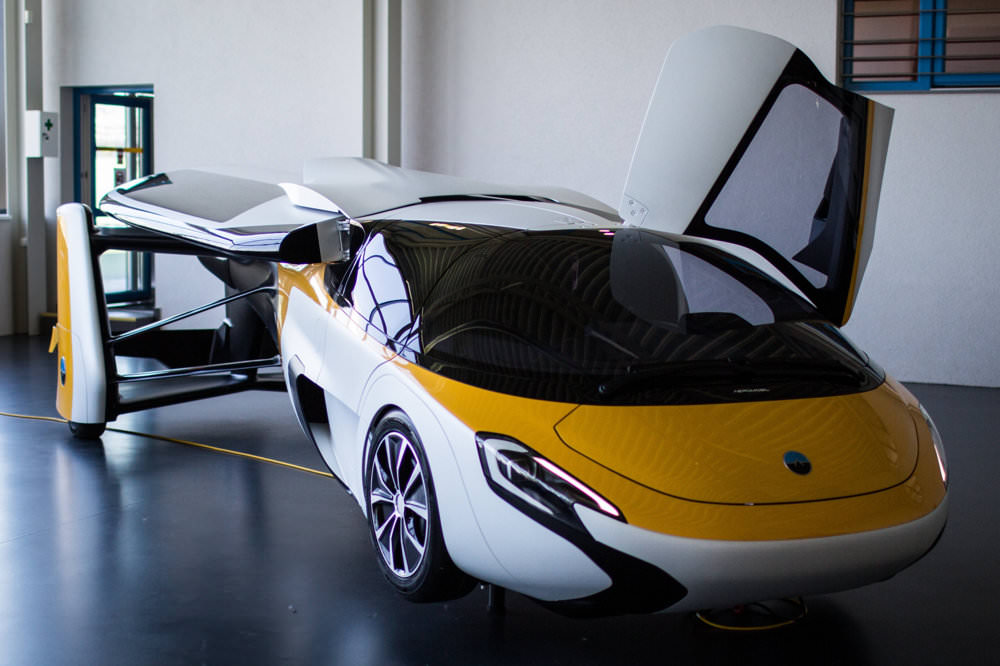 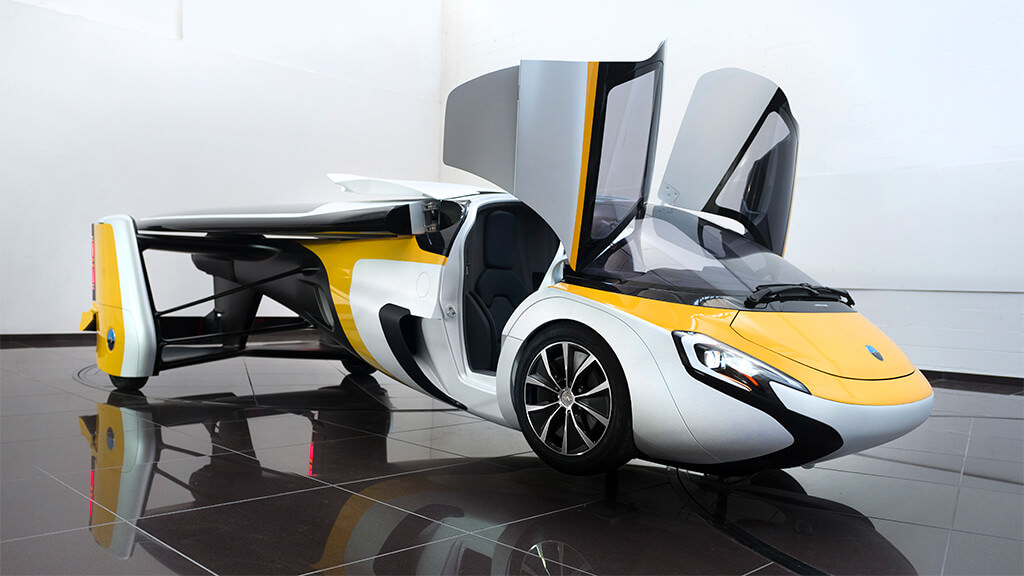 Unlike its first concept unveiled in 2014, the AeroMobil 4.0, set for a 2020 launch, might actually take to the skies. Featuring side windows that you can actually see out of now, functional rear bumpers and a hybrid powerplant that utilizes electric motors on the road and gasoline in the air to solve the flying car problem of having a giant spinning blade of death pushing you down the road. When flying, power comes from a custom turbocharged 2.0L four-cylinder boxer engine producing 300 hp. In road mode, the AeroMobil draws power from a dedicated electric front-wheel-drive motor with electronic differential. That’s not all, electricity is supplemented through solar panels that make up the top surface of the wing, giving the vehicle an on-road range of 60 miles – in flight, the range is extended to 745 miles. 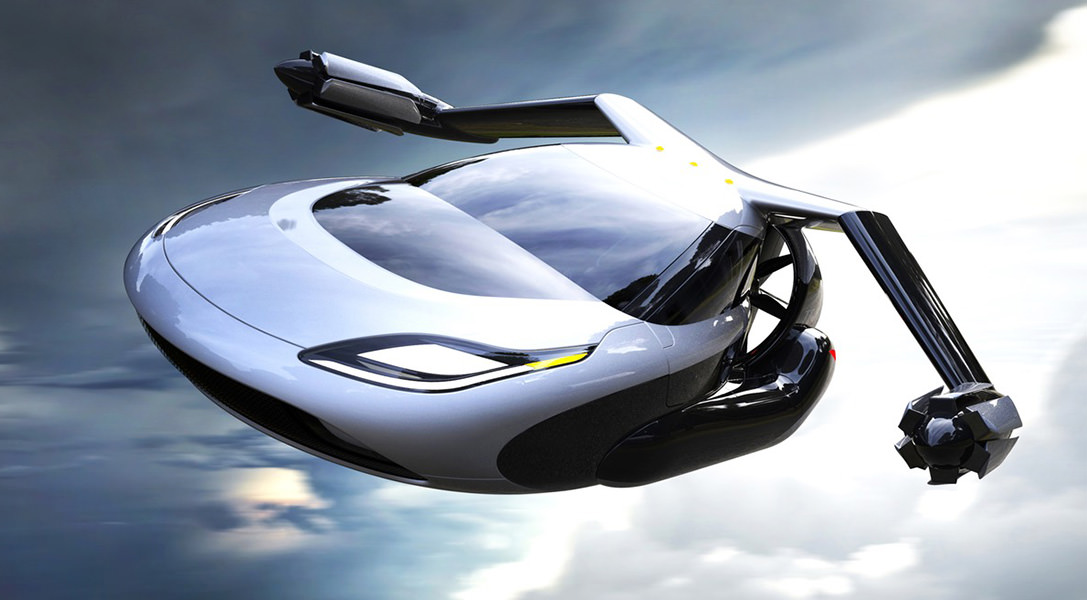 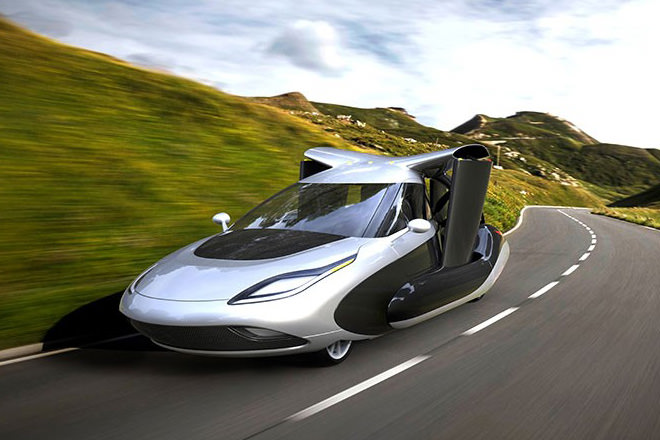 Geely, formerly known as Terrafugia, will have its first flying car approved for road and air use by 2019. Based on the TF-X, it’s a fixed wing aircraft that doubles as a street-legal vehicle, and uses an electric ground drive as well as electric power assist on take off and landing. The computer controlled flight system only requires user input when entering a destination. It has a cruise speed of 200 mph, thanks to a 300 horsepower engine, and a 500 mile range. Most important of all, the transition from airplane to car takes mere seconds.