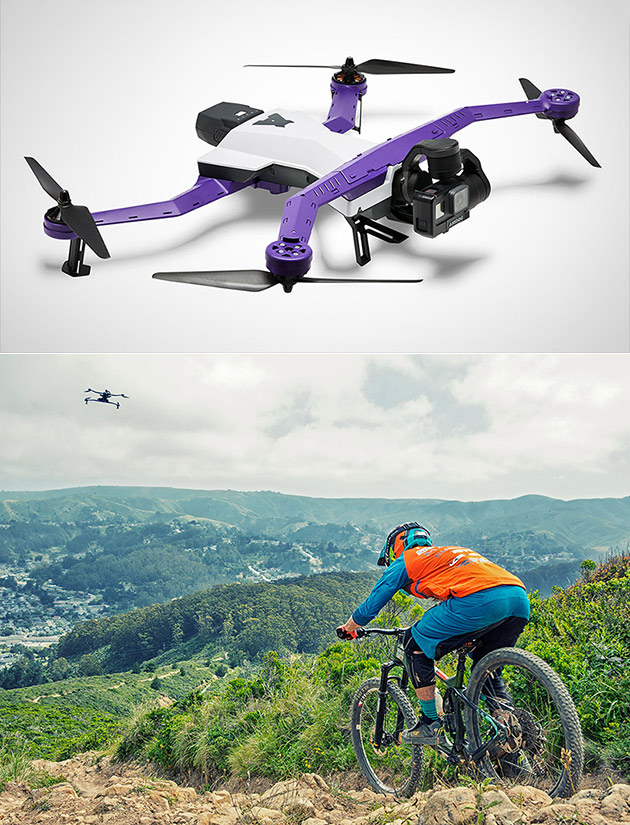 Most drones are great for capturing aerial footage and / or stunts, but the Airdog ADII was designed to autonomously follow you around by tracking movements with the help of GPS-enabled wristbands. That’s right, the drone connects to a waterproof wristband called “AirLeash,” which is used to takeoff and make quick adjustments on-the-fly during use. It replaces the need for a remote or smartphone app, making the device great for extreme sports enthusiasts. For example, if you intend of hiking / biking a trail, simply outline that path via the Airdog app or AirLeash screen, which automatically syncs with Google Earth. Then it automatically follows you along the route, while avoiding obstacles like trees and buildings, and adapting to your movements. Continue reading for another video, more pictures and information.

“Various pre-set modes let you change the drone’s position based on activity. For example, the watersports mode positions it in front of the subject and prevents the drone from landing in the water. The drone is available for $999 for early Kickstarter backers and will ship in August. It will eventually cost $1500,” reports CNN.