Created by Rick Dobbertin, the Dobbertin HydroCar took 10-years to complete with a total build cost estimated at $1-million, and one lucky person will be able to become its new owner, thanks to Worldwide Auctioneers. This amphibious vehicle can morph from land to water mode in seconds, powered by a Bill Mitchell racing engine that generates 762-horsepower. Continue reading for another video, more pictures and information. 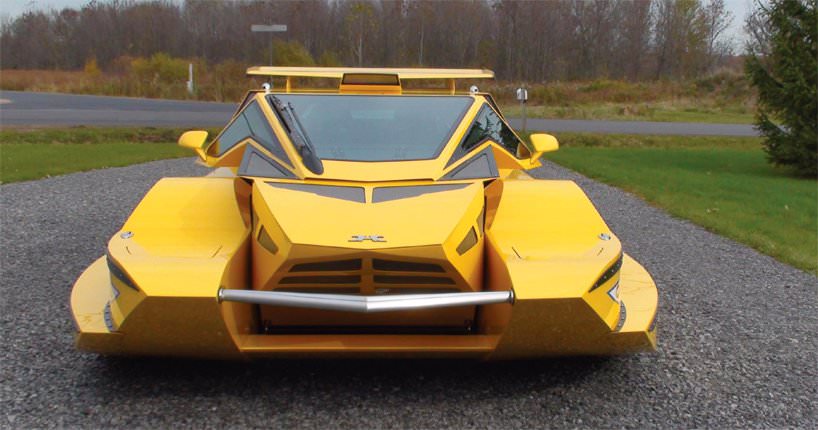 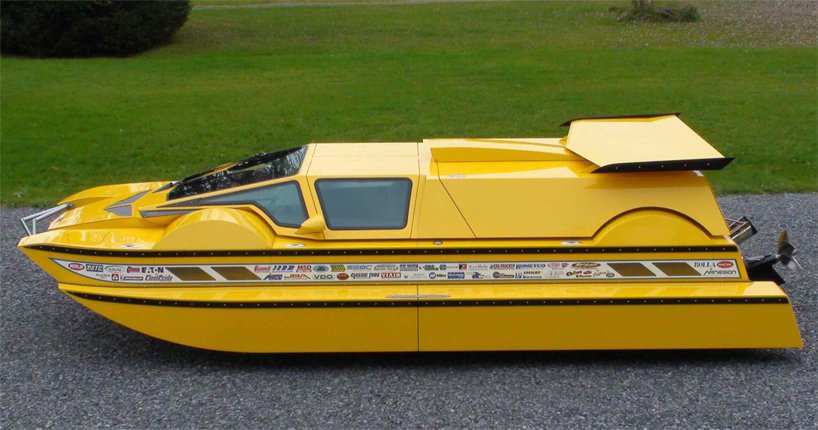 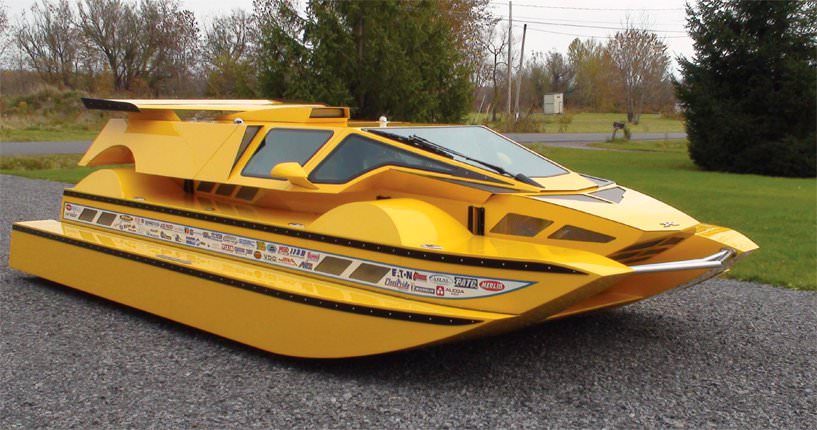 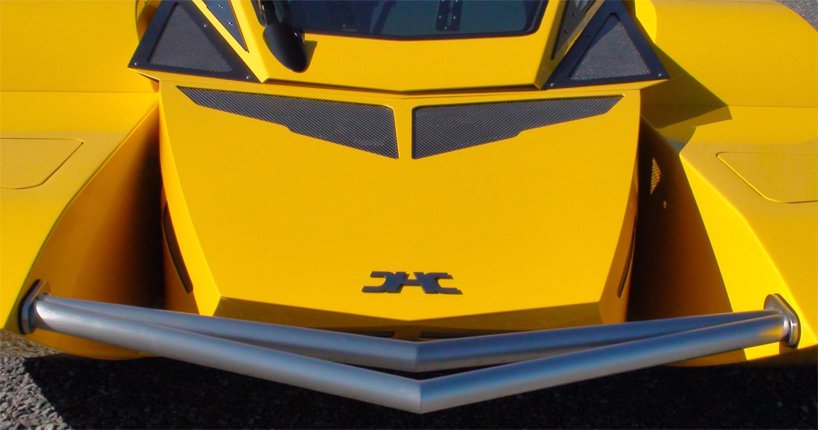 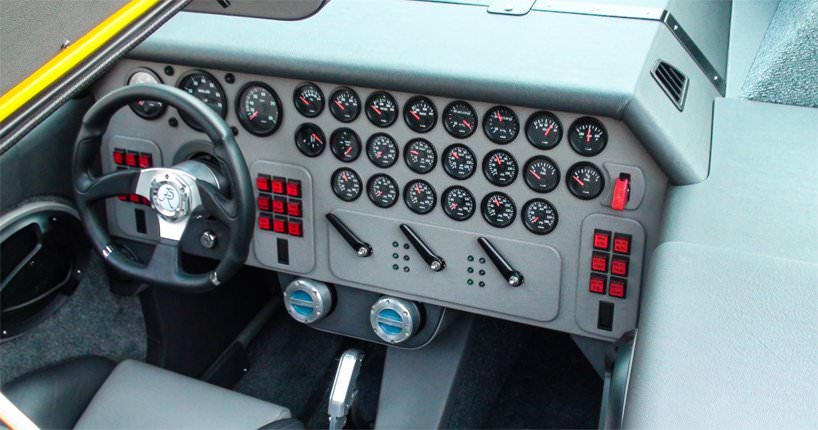 “On ground, the vehicle functions with front-wheel drive, stainless steel brakes and suspension for the front and rear axles. Decked in corvette velocity yellow to highlight its powerful performance, the central body of the hydrocar’s hand-formed exterior is a space frame and roll bar, built from stainless steel. Inside, the interior appears like a cockpit, featuring 45 control switches, 16 LED monitoring systems, 25 VDO gauges and three hydraulic levers, which control the movement of the sponsons, axles and wheel-well doors,” according to Design Boom.