Creative agency D’strict specializes in designing, making, and delivering breathtaking visual content on Digital Out of Home. They’ve built some impressive LED walls in the past, but their latest project definitely tops them all. The installation is called ‘WAVE’, and this anamorphic illusion has been installed on a magnificent DOOH of COEX K-POP SQUARE, the largest & high-definition outdoor advertising screen in S.Korea at 80.9m (w) x 20.1M (h). Read more for a video and additional information.

Sure, you’ll be able to make out the LED screens as you step closer, but at first glance, this really does appear to be waves sloshing around the top of a building. On a related note, did you know that light-emitting diodes (LEDs) were first introduced in 1962 and primarily red in color for the first decade? That’s right, the first practical LED was invented by Nick Holonyak in 1962, when he worked at General Electric, but the first LED display was developed at Hewlett-Packard and introduced six years later. 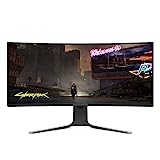