You know what they say…it’s better to be safe than sorry, and that’s the motto that Bruce Beach lives by. He’s created an underground nuclear bunker in the quiet Canadian village of Horning’s Mills, 100 km north of Toronto. Called “The Ark Two,” the bunker spans 10,000-square-feet and consists of 42 old school buses covered in concrete and buried under 14 feet under the ground. It was designed to accommodate 500 people for months and comes equipped with food supplies, a private well, full plumbing, redundant fuel generators, a dentist’s chair, and even a daycare. Continue reading for another video and more information. 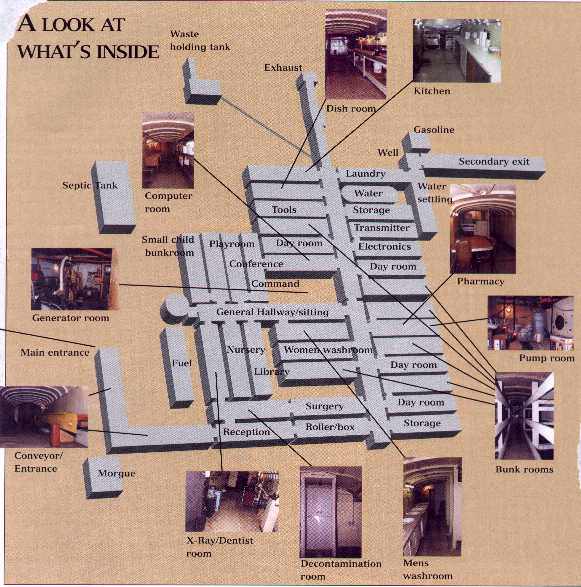 “Bruce Beach, 83, began the project in 1980 during the height of the Cold War, and construction was completed by 1982. Originally from Winfield, Kansas, Beach was living in Chicago and working as an electrical engineer in the 1960s when the cold war had begun to escalate, and fear of nuclear weapons was reaching a fever pitch. He decided to move to rural Canada in 1970, considering it safer than any urban area in the case of nuclear war. He settled in Horning’s Mills, and it was there that he met his future wife, Jean, 90. Her family owned the parcel of land where he would go on to build his Ark,” according to Oddity Central.

Print Photos from Your Phone with Fujifilm’s INSTAX SHARE SP-2, Get a Bundle for $126.69 Shipped