It’s not everyday that a hand-painted portrait of Facebook CEO Mark Zuckerberg makes headlines on the internet, but this one by Brooklyn-based street artist/hacker KATSU, has caused quite a stink online, and rightfully so. It’s made from KATSU’s own feces and described as a tech mogul who’s “in control of more information than the government created from the compromising bio-matter of the artist.” Continue reading for the full portrait. 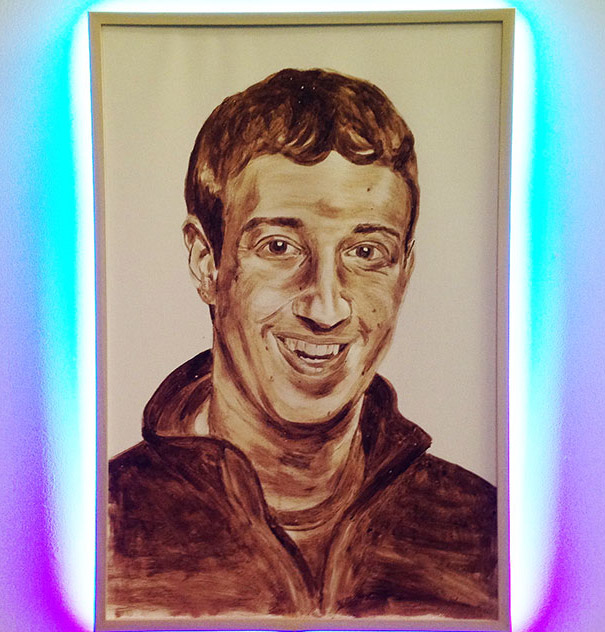 “KATSU, who is known around the city for his signature skull tag and work with a fire extinguisher, has mocked Zuckerberg before in a series of wheat pastes depicting him with a black eye. This latest piece is part of his first solo show called ‘Remember the Future,’ featuring a variety of works that intersect art and technology,” says TheDailyWh.at