Asteroid mining could grow the space economy to $1-trillion and beyond by 2040, up from $370-billion in 2020, according to Citigroup analysts. How so? A typical space launch today costs around $1,500 USD per kilogram, but analysts speculate that this could drop to $100 per kilogram within the next two decades, and possibly even $33 per kilogram.

Revenue driving factors for the largest portion of the space economy include industrial applications such as solar power generation and precious metals mining. NASA believes that the asteroid belt alone has minerals so valuable that each of the 6-billion people on Earth could be given $100-billion. However, Citigroup believes that Moon mining is more feasible due to fewer number of resources needed, starting with water extraction. Imagine if this football field-sized asteroid was mined for resources. 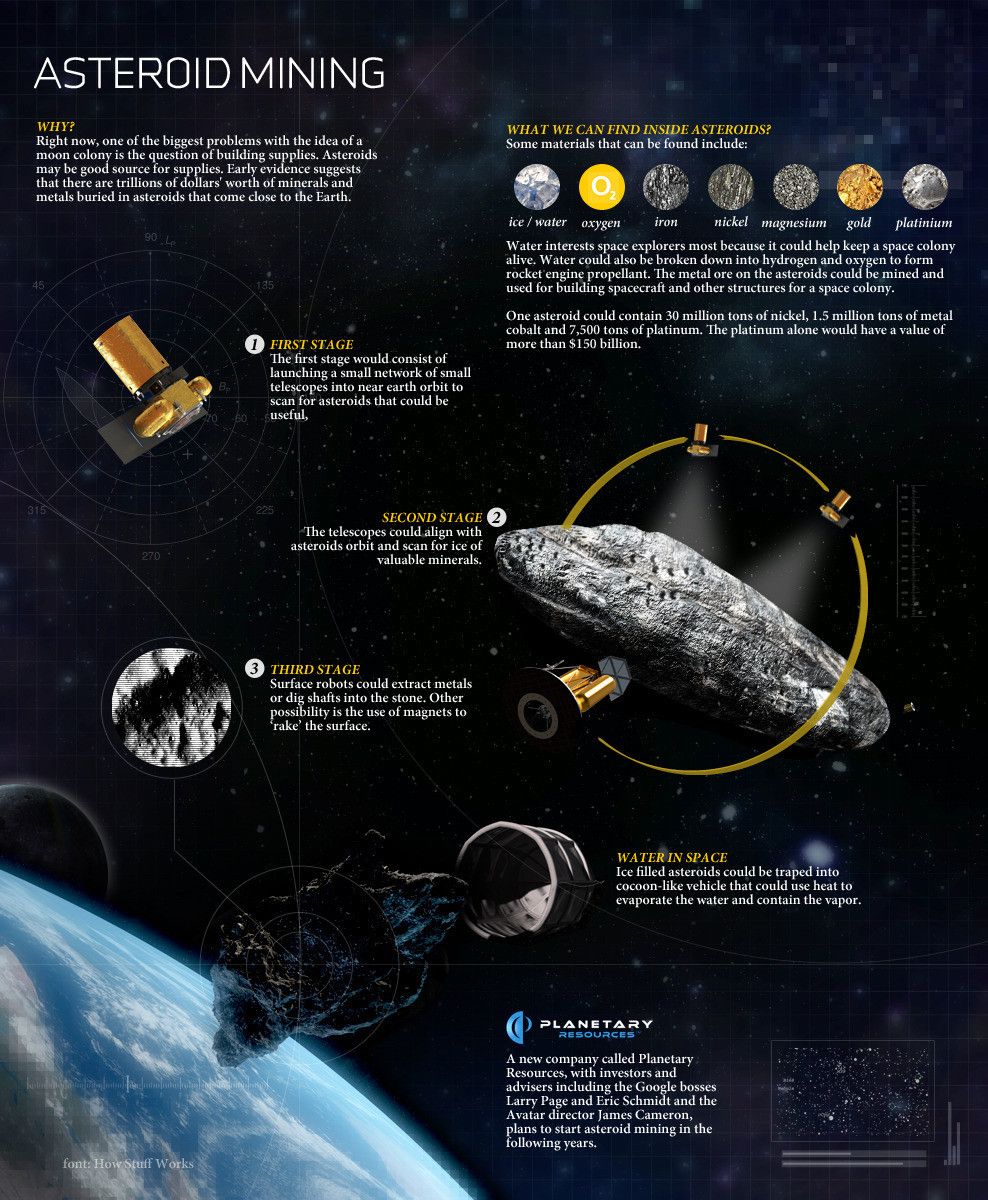 NASA estimates in theory 16 Psyche is worth $10,000 quadrillion. The asteroid contains enough iron and nickel to cover the world’s needs for millions of years. Our base case is that by 2040, mining water will be the initial focus given its value for additional space missions as a rocket propellant and importance for any colonization and industrial efforts in space,” said Citigroup.