The Auto Assault-12 (AA-12) is basically a fully-automatic shotgun that fires at a rate of 300 rounds per minute, making it possible to fire one round at a time with brief trigger pulls. It’s fed from either an 8-shell box magazine, or a 20- or 32-shell drum magazine. For those wondering, it can be completely submerged in water and still function perfectly, without needing time to dry. Continue reading for more cool facts. 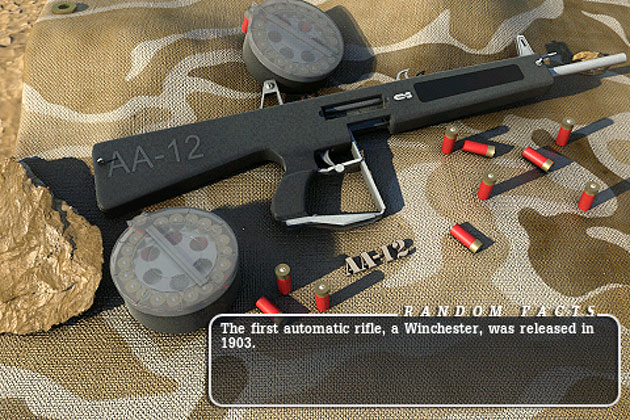 In 1987, Max Atchisson sold the rights of the AA-12 to Jerry Baber of Military Police Systems, Inc., Piney Flats, Tennessee. MPS in turn developed the successor simply known as Auto Assault-12, which was redesigned over a period of 18 years with 188 changes and improvements to the original blueprint, modifications included changing the AA-12 from blowback- to gas-operated with a locked breech. 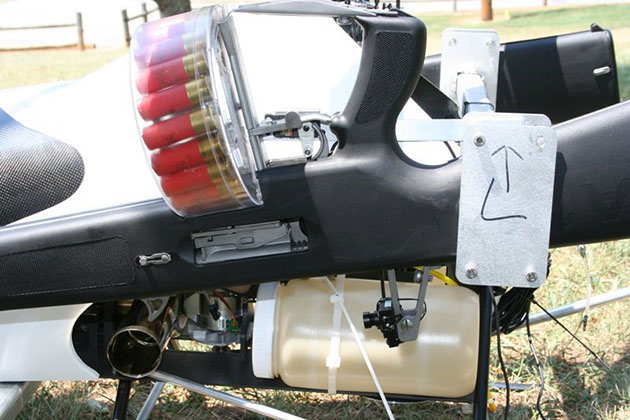 3. Fires from an Open Bolt 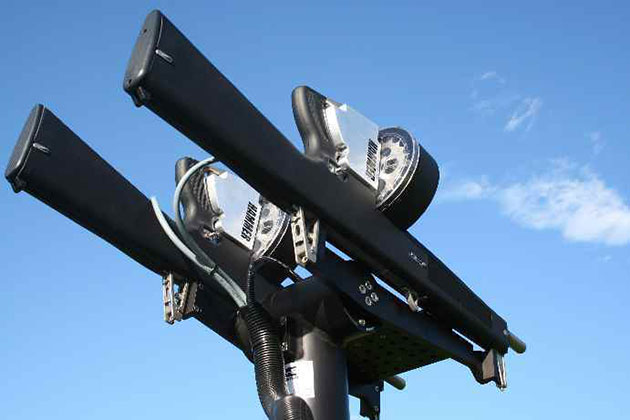 Uncommon in other automatic shotguns, the AA-12 fires from an open bolt, a feature more commonly found in submachine guns and heavy and squad level machine guns. It uses 8-round box, 20-round drum, or 32-round drum magazines, as opposed to the original 5-round box magazine.

Due to the abundant use of stainless steel and the designed clearance for fouling, MPS has claimed that the weapon requires little to no cleaning or lubrication. The designer states that cleaning is required after 10,000 rounds.

1. Can Also Use High-Explosive Rounds

The AA-12 can use different types of 3″ 12-gauge ammunition such as buckshot, slugs, or less-than-lethal rubber stun batons. It can also use high-explosive rounds, essentially becoming a man-portable automatic grenade launcher or autocannon.

Lucra LC470 is a Hand-Built Supercar That Weighs Just 2,000-Pounds and Has Over 600-Horsepower

Kmashi Victor K1 is Palm-Sized and Provides 2 Full Charges for Smartphones, Get it for Under $8 – Today Only