Photo credit: CNET
The Wilkinson Baking Company aims to take bread making to the next level with their new automated bread-making robot, called “The BreadBot”. Unveiled at CES 2019, you’ll be able to see this machine transform flour to loaf all on its own. Compared to store-bought bread, this robot produces loaves that are fresher, healthier, preservative free and eco-friendly. It mixes, forms, proofs, bakes and cools ten loaves of bread per hour. Best of all, the machine can make most varieties of bread that require dry ingredients – including white, wheat, whole wheat, nine grain, sourdough and honey oat. Read more for another video, hands-on pictures and additional information.

“Bread is a staple of American life. But in most supermarkets today, it has lost its emotional connection with the shopper. In the age of home delivery, The BreadBot attracts consumers back to the store because it delivers fresh, delicious bread that is produced with theater and engagement. We’re so excited to bring CES back to basics with The BreadBot this year and to demonstrate how we have increased a retailers’ bread sales by more than 30 percent while also decreasing the environmental impact,” said Randall Wilkinson, CEO of The Wilkinson Baking Company. 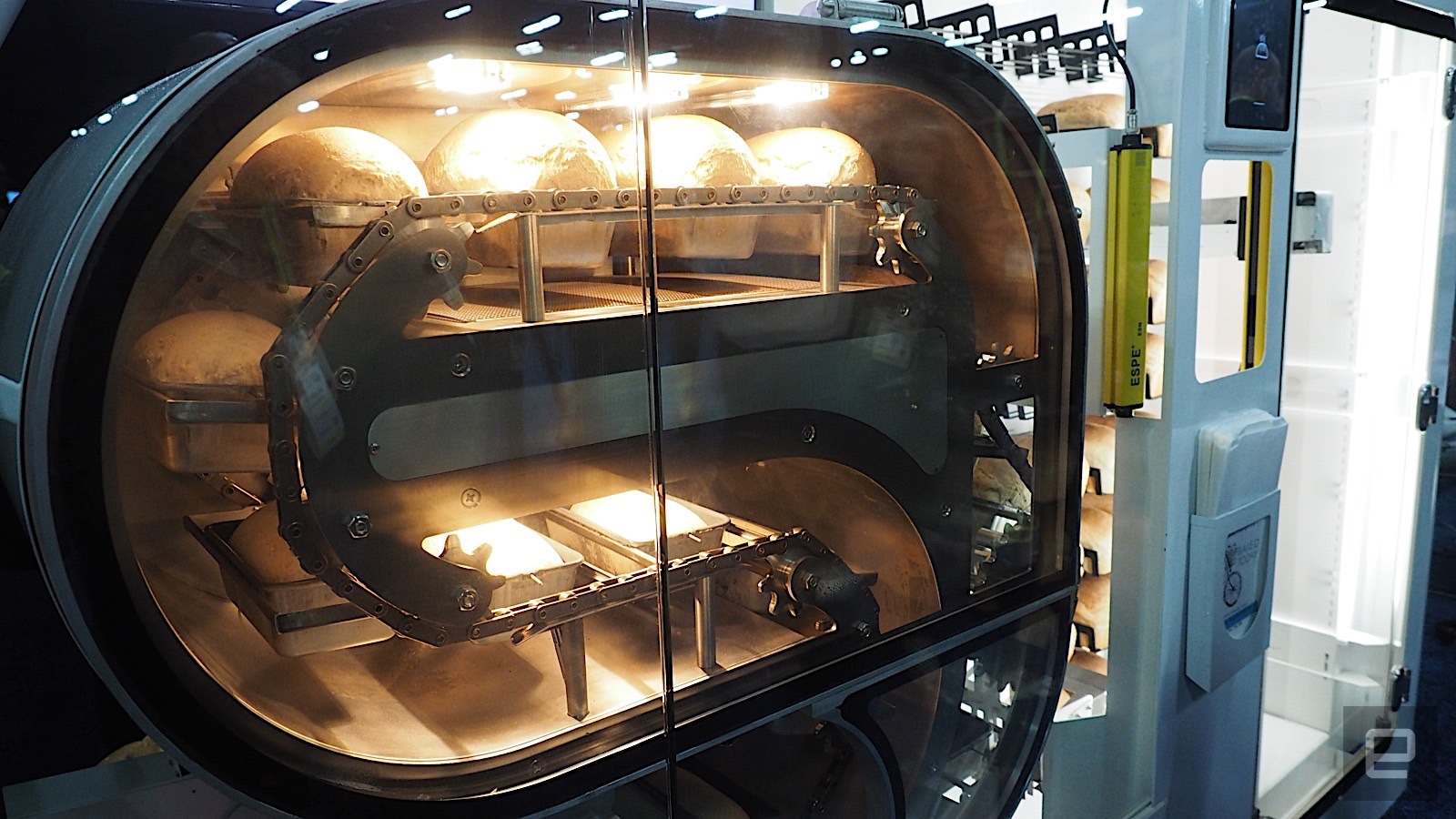 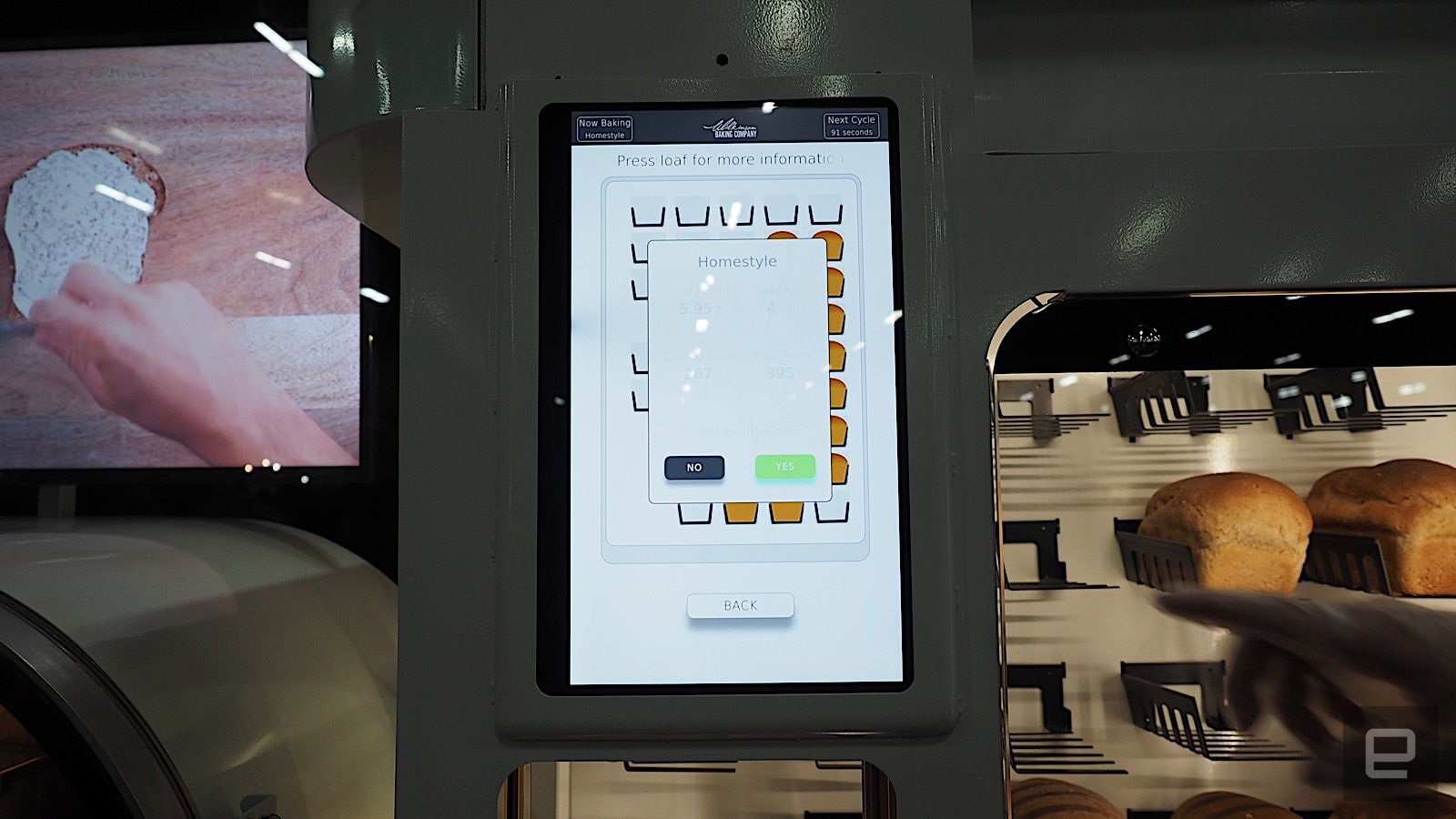 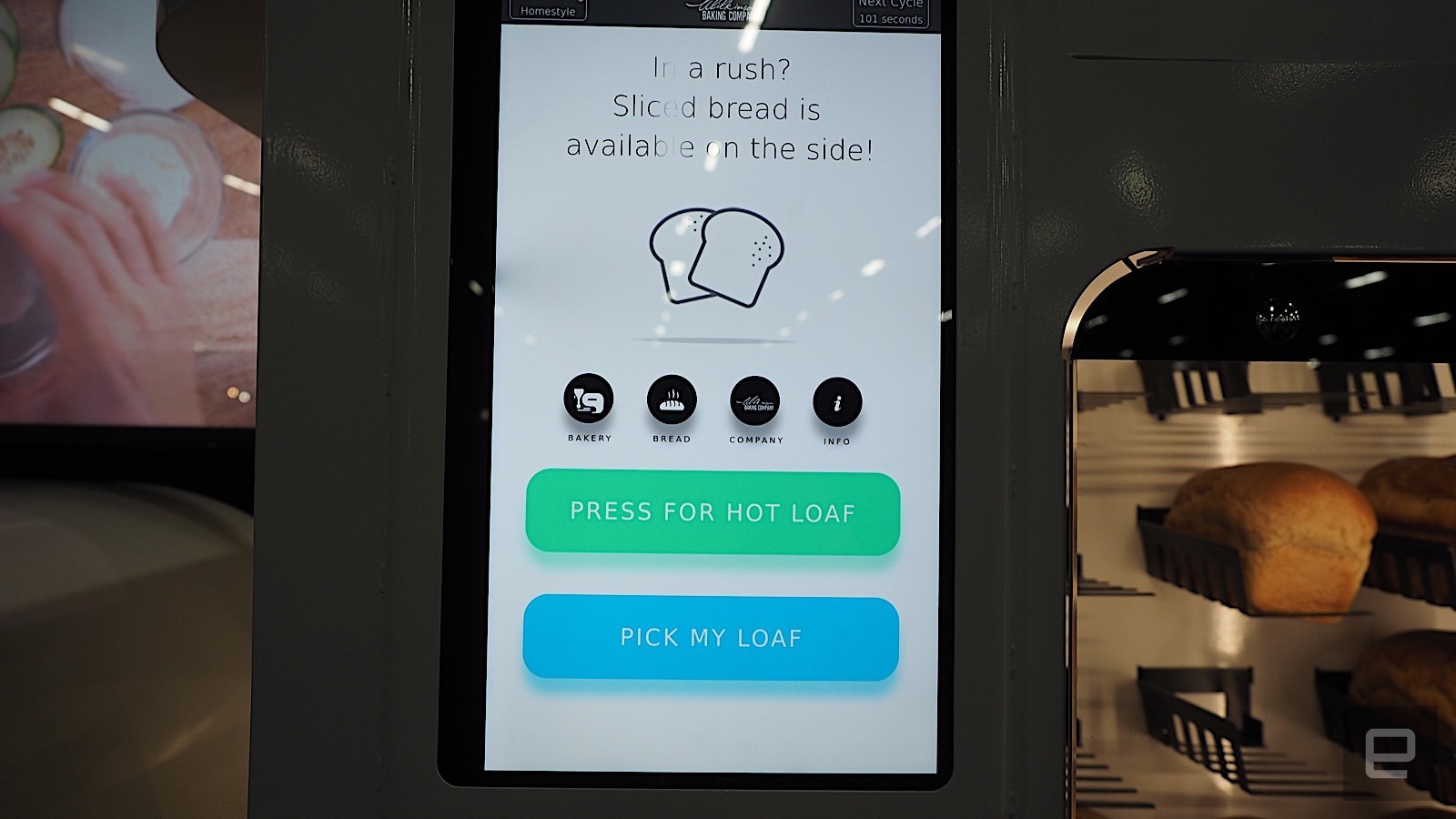 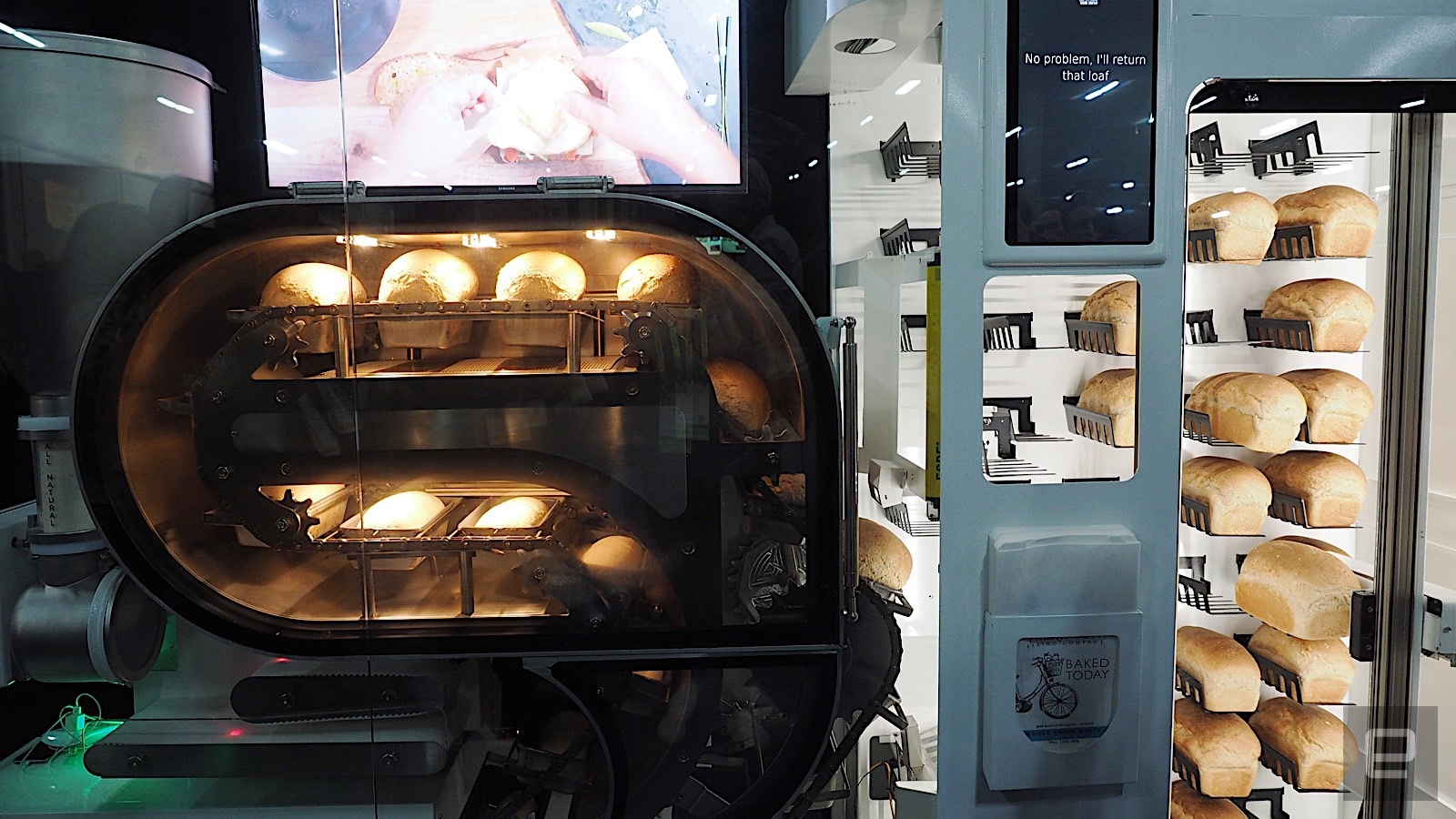 “Each individual loaf of bread takes about 90 minutes to bake from start to finish. But the company says that because the machine is always running, with multiple loaves being made at the same time, that it promises to make 10 loaves of bread every hour. As you might expect, this isn’t something for consumers. Instead, the Wilkinson Baking Company wants this to be in grocery stores or supermarkets to offer you an alternative to plastic-wrapped bread,” according to Engadget.