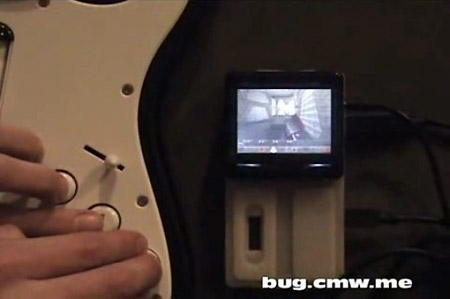 The modular BUG Labs gadgets can be modified in a number of ways, and in this case, used to run Quake with controls mapped to a Rock Band guitar — Xpad driver needed. Continue reading for a video demonstration.

..it is indeed being controlled by a Rock Band guitar thanks to the newly developed Xpad driver, which should work equally well with a standard Xbox 360 controller if you’re a little less ambitious.