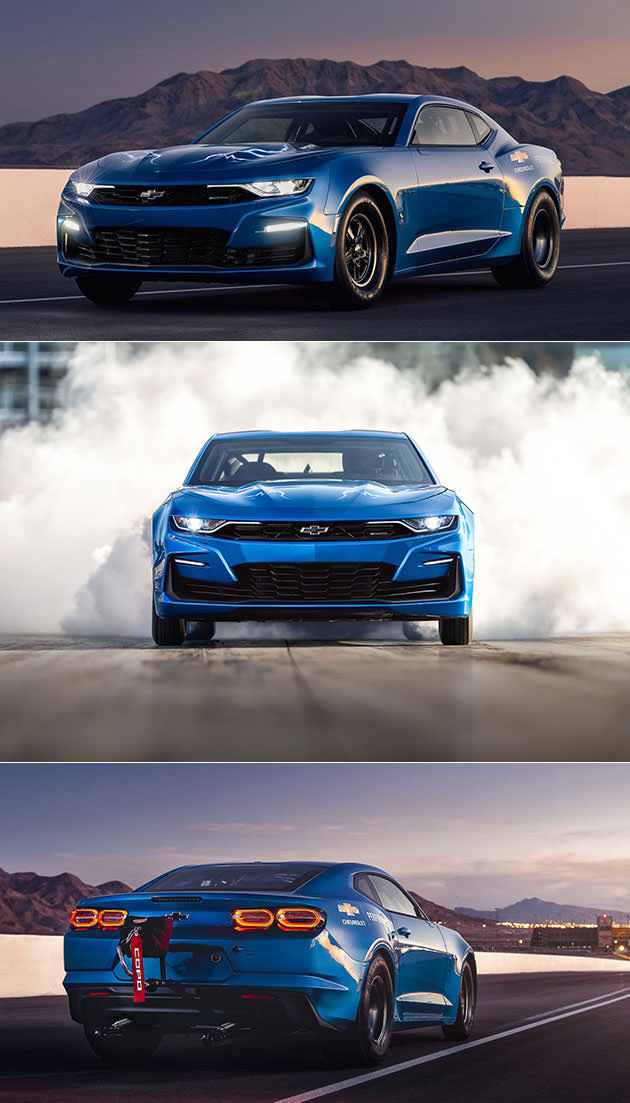 Chevrolet showcased an all-new Camaro drag racer at the SEMA 2018 in Las Vegas this week, called the eCOPO Camaro. It generates a combined 750 horsepower and 600 lb-ft from its electric motors. This project all started with a standard COPO Camaro, and its V8 engine was replaced with an electric motor assembly, paired with a large battery pack in the trunk, based on a pair of BorgWarner HVH 250-150 motors, each generating 300 lb-ft of torque, connecting to a conventional Turbo 400 automatic transmission. Continue reading for another video and more information.

“In the back, it installed four 200-volt battery modules, each weighing 175 pounds (79 kg), to give it a combined 800 volts of electrical power. It even extended the roll cage rearwards to protect the batteries in case of a crash. Though development is still ongoing, Chevy expects the eCOPO to run the quarter-mile (402 meters) in about nine seconds,” according to Car Scoops.