Photo credit: Lets Go Digital
Dell applied for a patent at the WIPO (World Intellectual Property Office) for a ‘system for color and brightness output management in a dual display device’ last year, and it was just published on September 12, 2019. Dual-screen laptops are nothing new, but this device wants to take that idea to the next level. This laptop would come in two configurations: two separate screens connected by a hinge and just one large folding OLED screen. Read more to see the patent and for additional information. 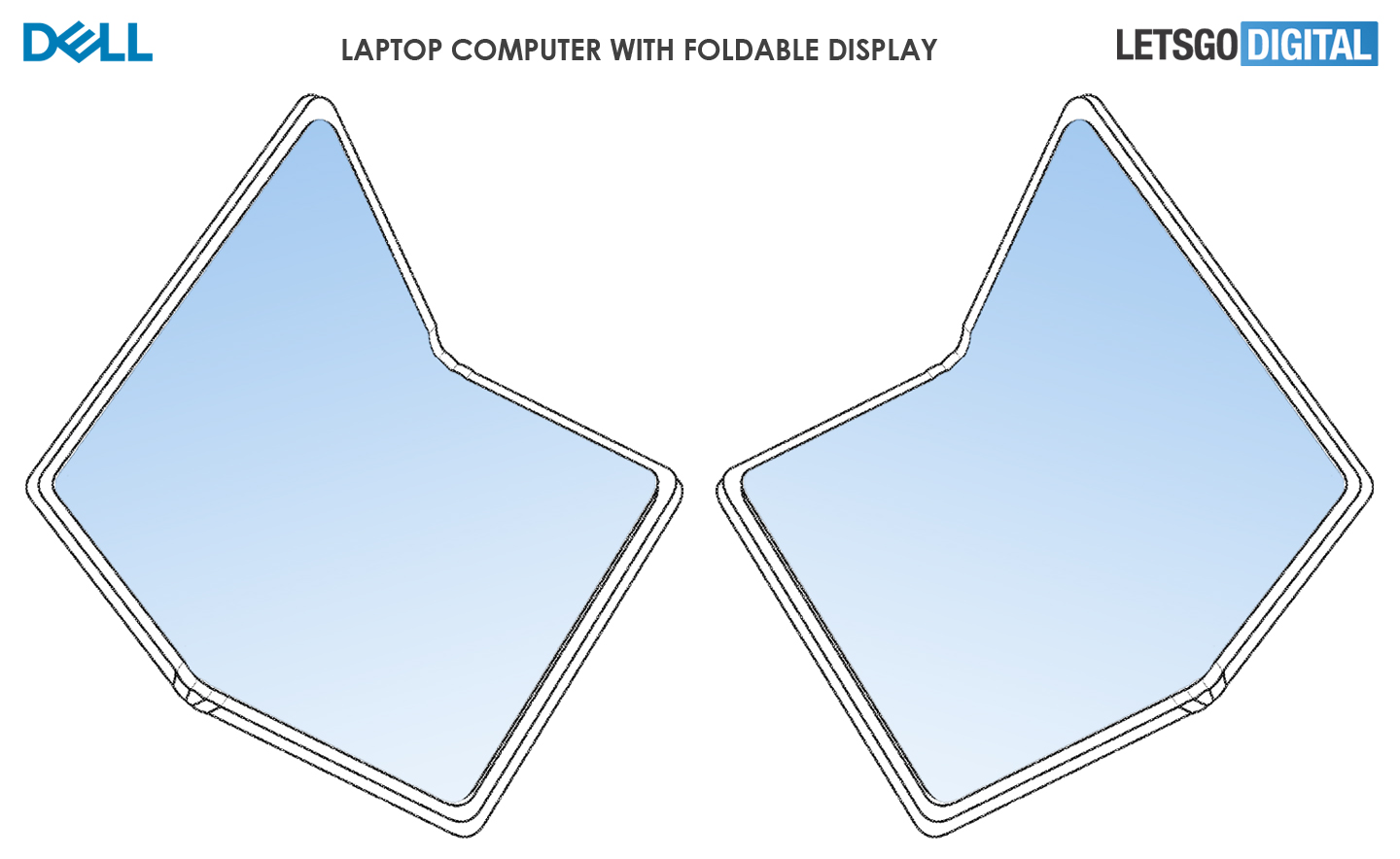 This isn’t simply a patent for a hinge used to connect two displays together, but rather the design sketches show that Dell is focusing on the screen’s colors, brightness and contrast of the screen. The reason for this because with two displays, the chance of color shift is greater, while one issue with the flexible OLED display is how to prevent burn in.