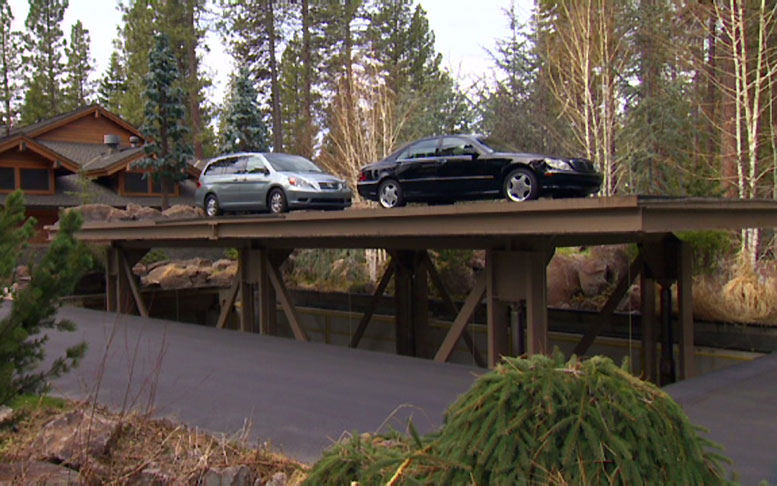 When retracted, it looks like any old driveway, but at the push of a button the disappearing garage pops up. Businessman Gonzales loves cars, so much so that he spent $50-million to keeps them safely tucked away underground. His vehicles are basically stored in a 12,000-square foot underground garage that can hold 30 cars, plus motorcycles. Drivers pull into a custom-built elevator that lowers the car into a two-level subterranean holding area. Gonzales said: “I had a car collection that had to be protected and what better place to protect it than underground.” Continue reading for the video and more information.

“Instead of having a garage attached to his house or even a nice workshop, this guy has constructed an underground garage, accessible by hydraulic lift. When we first saw this creation, every new detail learned kept screaming “BAT CAVE” at us as it looks like something that Bruce Wayne himself would be proud to own,” says Speed Society.

It Happened in a Flash, But This Photographer Managed to Capture the ISS Flying Across the Moon