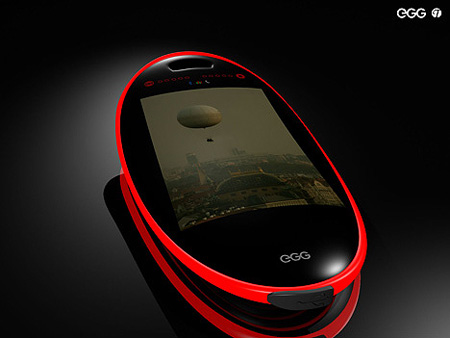 The idea of a tactile touchscreen may be appealing, but the technology hasn’t quite made its way to cell phones. Designer Roman Tubl has other ideas. The “EGG” sports “standard data ports like Bluetooth, USB, and Wi-fi in addition to a 3.2 megapixel camera and a snazzy amount of memory – up to 4 GB.” Click here for first picture in gallery.

Designer Roman Tubl wasn’t concerned with integrating the latest and greatest in his EGG mobile phone concept. He just wanted something functional and easy to use with some eye candy for people who like their phones flashy – literally.