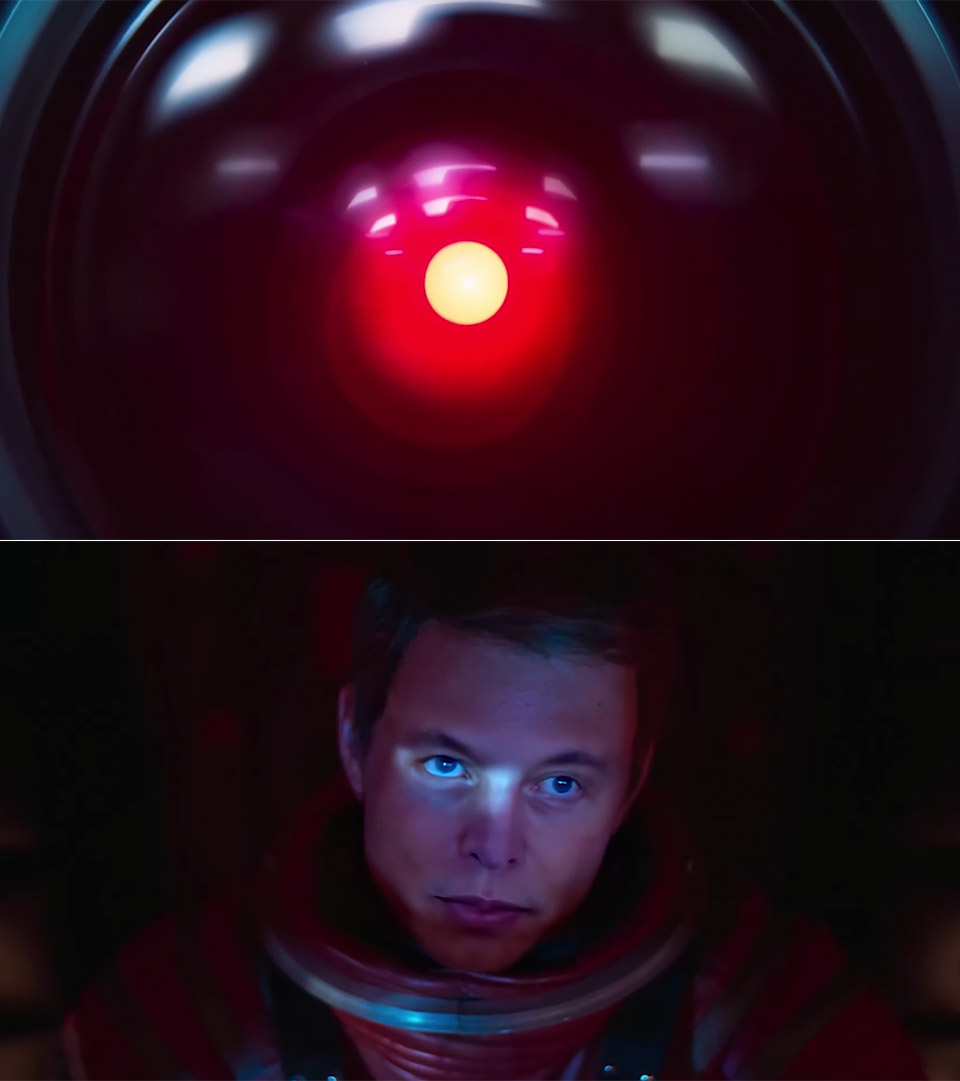 Stanley Kubrick’s 2001: A Space Odyssey is an epic science fiction film released in 1968, inspired by Arthur C. Clarke’s short story “The Sentinel”. It basically follows a voyage to Jupiter with the sentient computer HAL after the discovery of a mysterious black Monolith affecting human evolution, and deals with themes of existentialism, human evolution, technology, artificial intelligence, as well as the possibility of extraterrestrial life. If this film were to be remade today and starred Elon Musk, this is what one of the scenes might look like. Read more for the video and additional information.

This short clip was created by a YouTuber who goes by “Ctrl Shift Face”, and yes, even some of the dialogue has been modified to reflect modern times. Just to recap, deepfake algorithms are used to seamlessly combine and superimpose existing images onto source images or videos using machine learning, or in other words, a technique known generally known as GAN (Generative Adversarial Network).

Caviar iPhone 11 Universe Diamond Edition Costs $48,780, is Out of This World