Movie tracing the delivery and distribution of a radiolabeled sugar (fluorodeoxyglucose) following injection into a leg vein. In the first few seconds following injection it travels to the heart from where it is distributed through the arteries to all the organs of the body. At around 3 minutes, some of the substance is excreted from the kidneys into the bladder. Gradual accumulation of the glucose can be seen in the heart, brain and liver over time. The EXPLORER scanner will allow the delivery, metabolism and excretion of many substances and drugs to be followed in the entire human body in a similar manner. 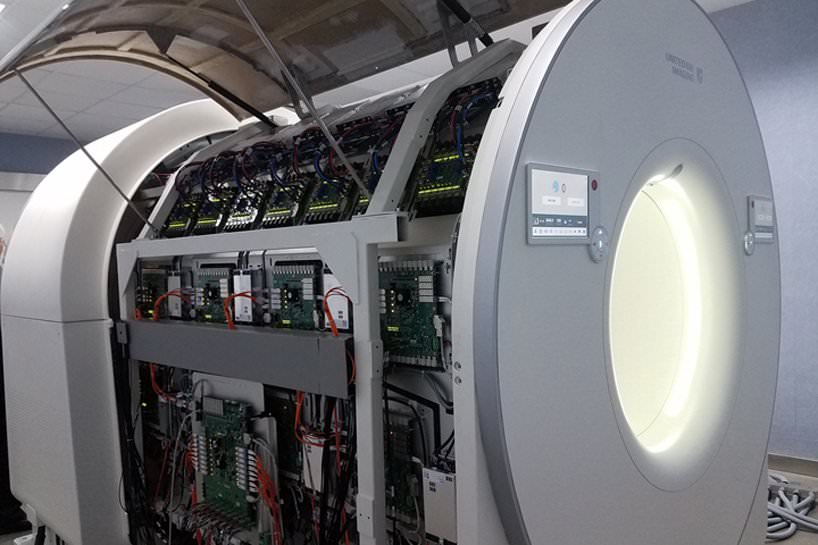 “The EXPLORER is understandably advanced because of its jam-packed insides. The device employs nearly 2000 modular ‘block’ detectors, giving an axial field-of-view (FOV) of approximately 2 meters. The device is expected to weigh more than ten tons and to consume ~60 kW of power. Running flat-out, it could generate 40 TB of data in a single day, using four to six racks of computers to process and store this data. However, this wont get in the way of the explorer eventually getting a worldwide roll out,” reports Design Boom.