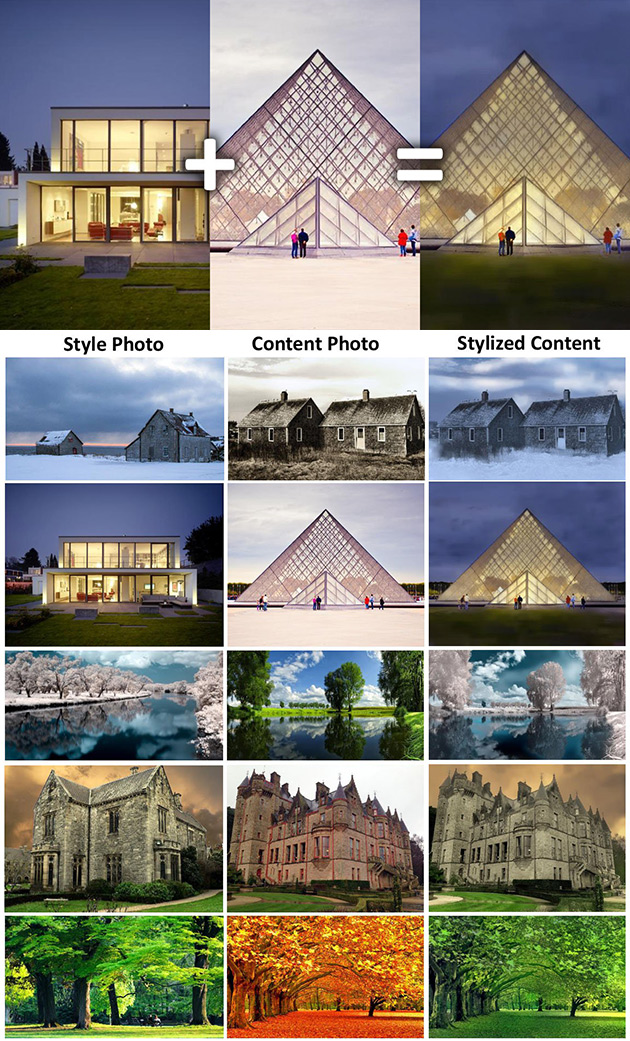 NVIDIA and a team of scientists from University of California, Merced have developed an AI algorithm called FastPhotoStyle that is capable of transferring one photo’s style, to another, automatically. Unlike similar algorithms, NVIDIA’s results can be generated 60 times faster than traditional methods, since it splits the task in two separate steps: a stylization step where the style of a reference photo is transferred to the content photo, and then a smoothing step, which make things photorealistic using ‘spacially consistent stylizations.’ Continue reading for another video and more information.