Thomas Romain, a French anime artist living in Tokyo, is back at it again, transforming his sons’ drawings into anime characters. First up, we have “Cloud Guardian”, who looks to be a menacing character straight from the Mighty Morphin Power Rangers universe. “Working together in what he calls the Father And Sons Design Workshop, Thomas and his kids come up with an eclectic assortment of funny, creepy, and sometimes downright bizarre creatures. Well, it’s actually his children who think of them, and then Thomas adds his professional touch to turn them into everything from one-eyed beasts and plant monsters to giant robots and pink-haired hoverboarders,” according to Bored Panda. Continue reading for more. Click here for a few bonus images. 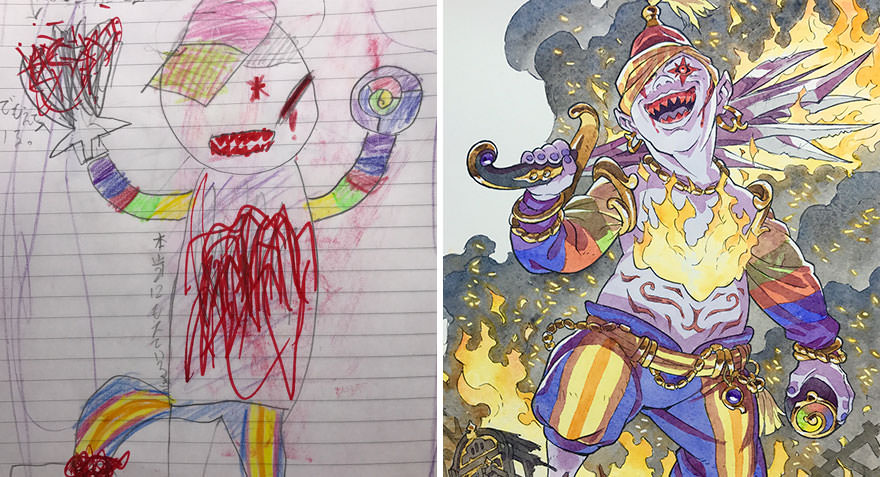 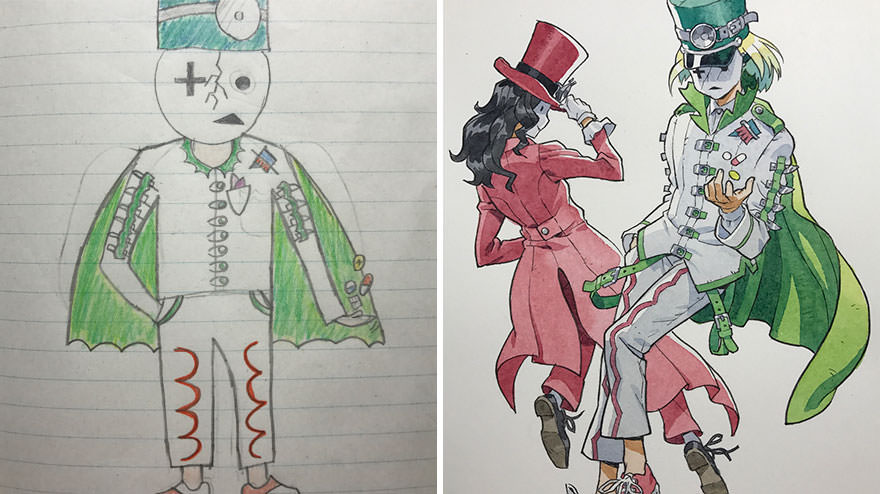 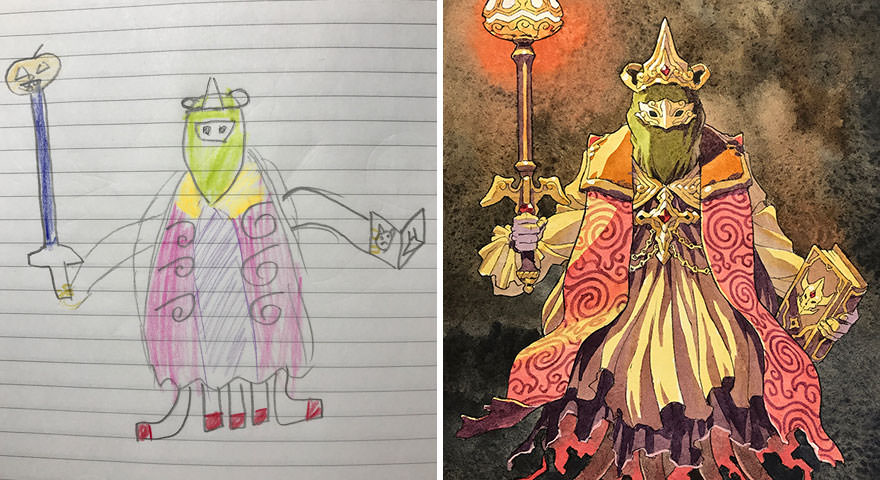 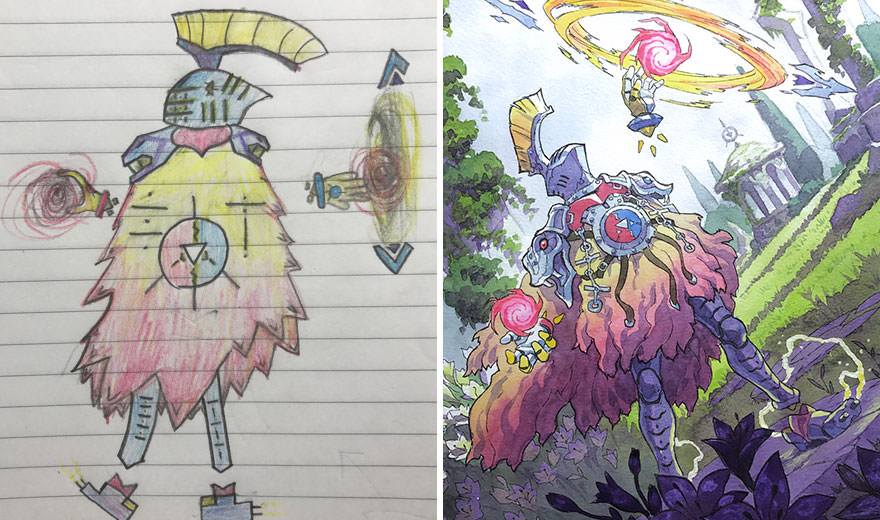 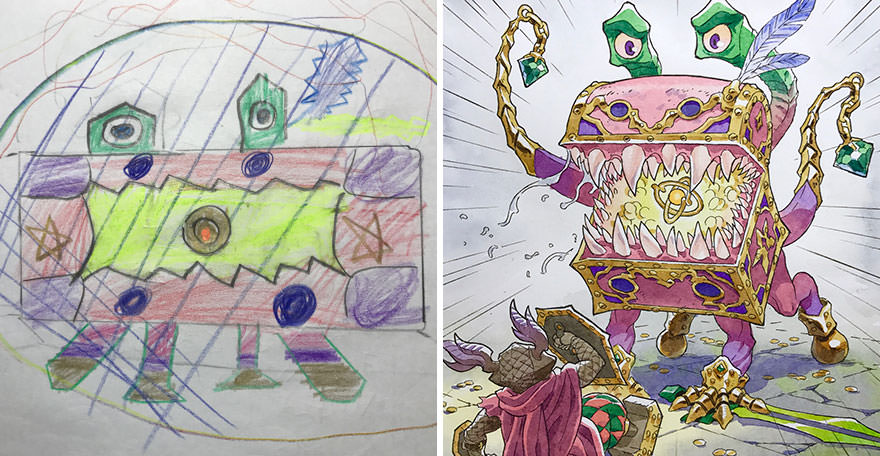 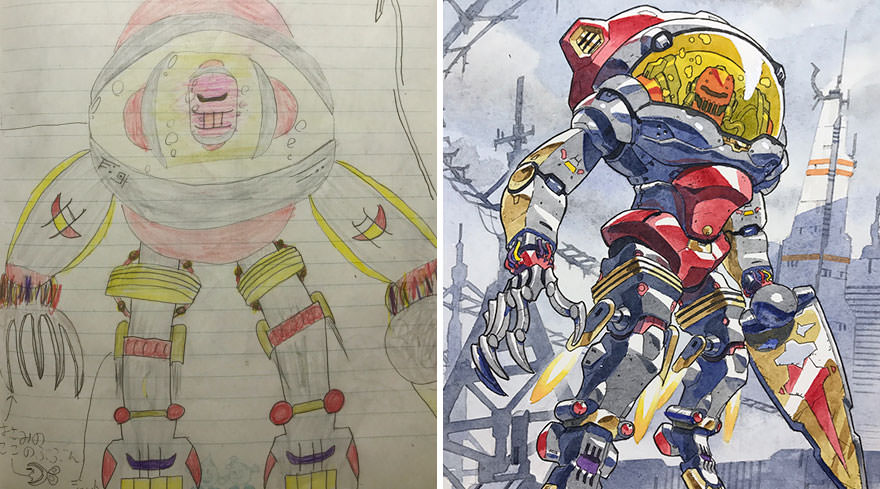 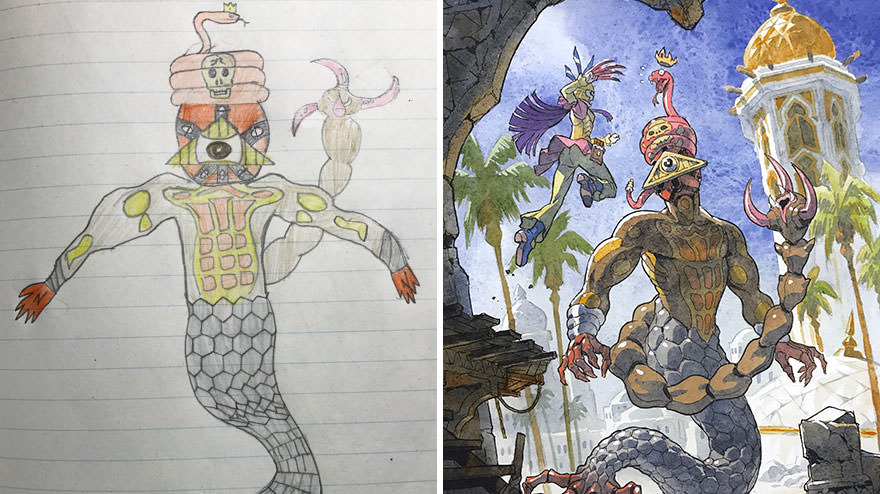 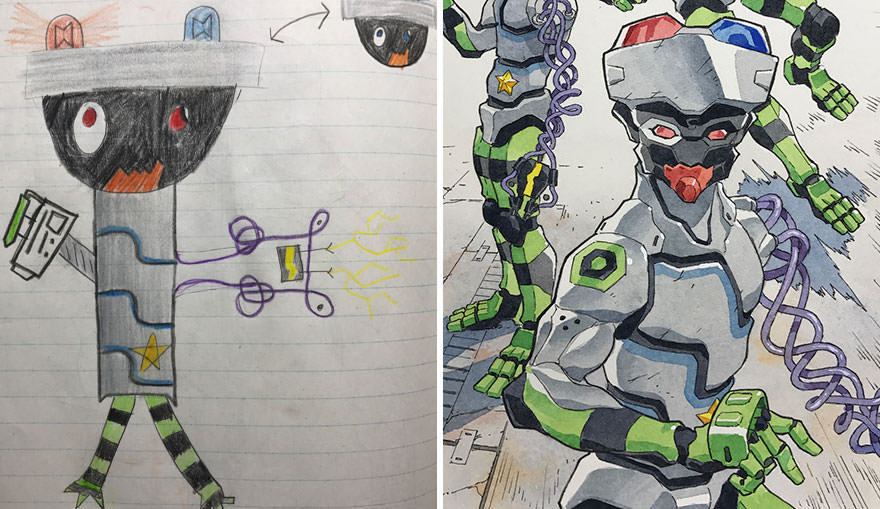