Would you ride an indoor roller coaster without banked turns or rails to keep you safe? We sure wouldn’t. Check out that and four other roller coasters you probably shouldn’t ride…if you’re faint-hearted.

Students at Royal Oak Intermediate School have built a roller coaster in their gymnasium that stands 24 feet tall while occupying approx. 10,000 square feet. This fully functional coaster includes three lifts/drops, a figure eight, and a 360 degree loop. The track is 400 feet long and students claim you’ll reach a top speed of 35mph coming down the tallest drop .

“Our kids wanted to do something bigger,” Rubio said. “We literally had to stop because the back light was in the way. The only thing that stopped this being bigger was the size of the gym.”

Created by John Ivers, “Blue Flash” is a fully-functional roller coaster — complete with loop — that he built in his backyard.

According to Knuttz, Eejanaika holds the record for the most inversions in a roller coaster, at 14. Plus, it’s also a “4th Dimension” coaster, “a design in which the seats can rotate forward or backward 360 degrees in a controlled spin. This is achieved by having four rails on the track: two of these are running rails while the other two are for spin control.” 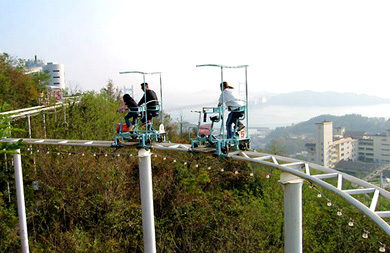 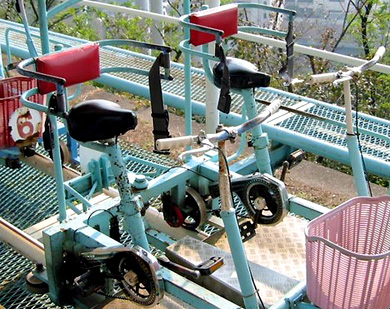 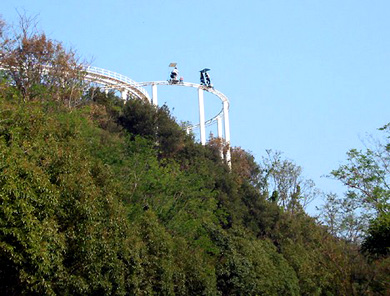 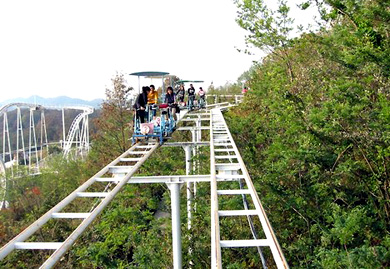 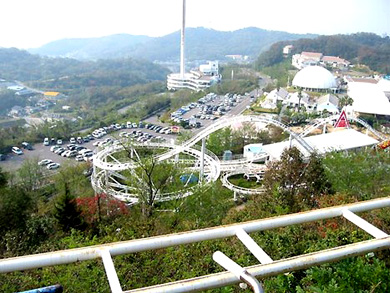 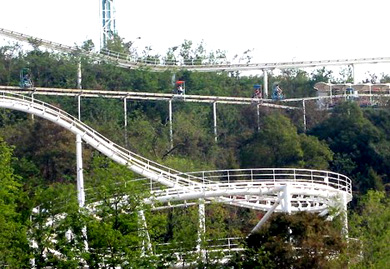 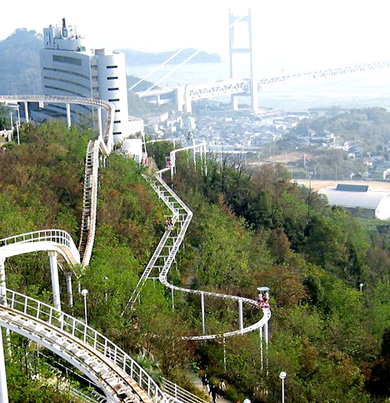 So you’ve seen the backyard roller coaster, now check out this strange pedal-powered attraction, which doesn’t look very safe to say the least.

…future of the green amusement park: The Skycycle at Washuzan Highland Park in Okayama, a pedal-powered roller coaster. They clearly have some dramatic topography to take advantage of here, and it looks truly frightening

Created by Jeremy Reid, this homemade roller coaster is located in the fields of Oklahoma and cost approx. $5,500 to build.

This homemade roller coaster that was built out in the fields of Oklahoma is pretty cool, I guess. Call me when you add the loops, guys. Then it’ll be a real coaster