How about a PC that doubles as a beer dispenser? Sounds like something I could use during March Madness. Continue reading to view more beer gadgets that our editors love.

Finally, the PC beer dispenser mod has arrived. Who’d have ever thought combining the two would be such a good idea? [Source]

According to its manufacturer, the Tinchilla “can chill a can of cola or beer 240 times faster than the average fridge, or in 60 seconds.” Here’s how it works:

It works with the help of a little thermal conduction. The Tinchilla will suspend the can around ice and cold water and begin spinning the can. The ice and water inside will constantly be in contact with the can during spinning

Though not actually a gadget, this beer-opening helicopter would be nice for those summer picnics. A skilled pilot uses a full-sized helicopter to open beer bottles.

If I understand correctly, this guy set a world record for shortest amount of time spent opening up X number of beer bottles with a helicopter. Seriously, folks, can world records get any more specific?

Ok, so the first model wasn’t exactly “perfect” or amazing, this new version makes good of all previous shortcomings.

This beer dispensing machine by Asahi could possibly be the “best” we’ve ever seen — at an airport that is, Narita Airport (Japan) to be exact. Not only does it tilt the glass, this machine “adds a perfectly-measured head to the top using a separate nozzle.”

It’s the next best thing to the skilled hands of a journeyman barkeep. Makes me thirsty just watching it 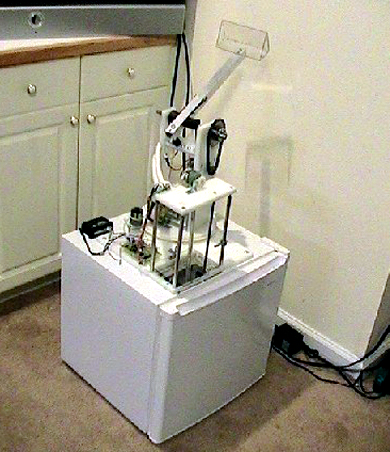 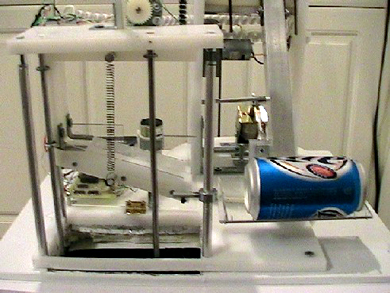 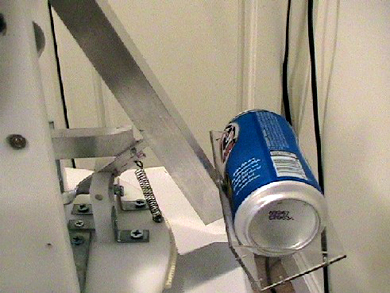 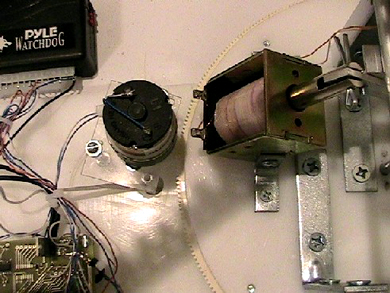 Created by John W. Conwell, this incredible beer-launching fridge holds 10 beers in its magazine (14 reserve) and is controlled by a keyless entry system.

Pressing unlock will start the catapult rotating and when it is aiming at your target, pressing unlock again will stop it. Then the lock button can be pressed to launch a beer in the selected direction

Feature: Expensive Gadgets of the Past