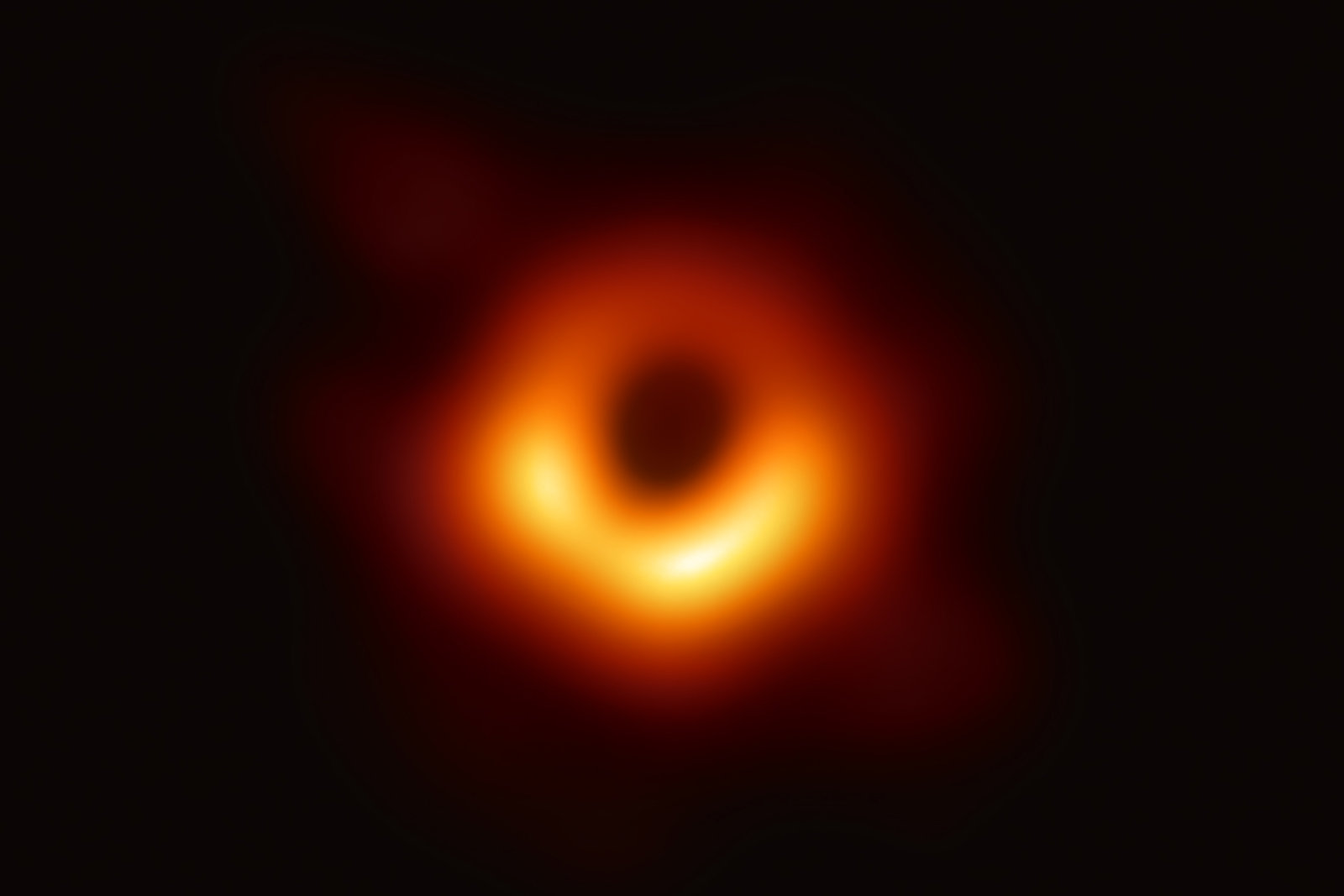 Using a global network of telescopes, known as the “Event Horizon Telescope”, an international scientific team on Wednesday revealed a milestone in astrophysics – the first-ever real photo of a black hole – in an achievement that confirmed a pillar of science put forth by Albert Einstein more than 100-years-ago. The image you see above was made possible using data collected in April 2017 from eight radio telescopes in six locations that created a planet-sized observational dish. Their observations strongly validated the theory of general relativity proposed in 1915 by Einstein, which is used to explain the laws of gravity and their relation to other natural forces. Read more for two videos and additional information.

“It’s a fuzzy image, but it supports what the theory of general relativity has predicted for decades. It promises to shed more light on black holes as well. And it should theoretically get better. In the future, the Event Horizon Telescope will have a ‘substantially increased’ sensitivity as the Greenland Telescope, IRAM NOEMA Observatory and Kitt Peak Telescopes join the array. This is a major milestone in astronomy, and it’s only going to get better from here,” reports Engadget.