Modder Jack Humbert has released a flying car mod for Cyberpunk 2077, called ‘Let There be Flight’, and it looks like something straight from ‘Back to the Future’. Simply put, it adds a flying mechanism to all cars, complete with a couple of different modes and options.

The wheels on all of the cars turn downwards into thrusters like the DeLorean DMC-12 in Back to the Future. That’s not all, there are also flying bikes, some of which you may not want to try in first-person view if you’re terrified of heights. Once you’re done having fun, just land the car or bike atop any building. Download it here now. Now we’re just waiting for the Ford Dystopia supercar to show up in Cyberpunk 2077 as part of a mod. 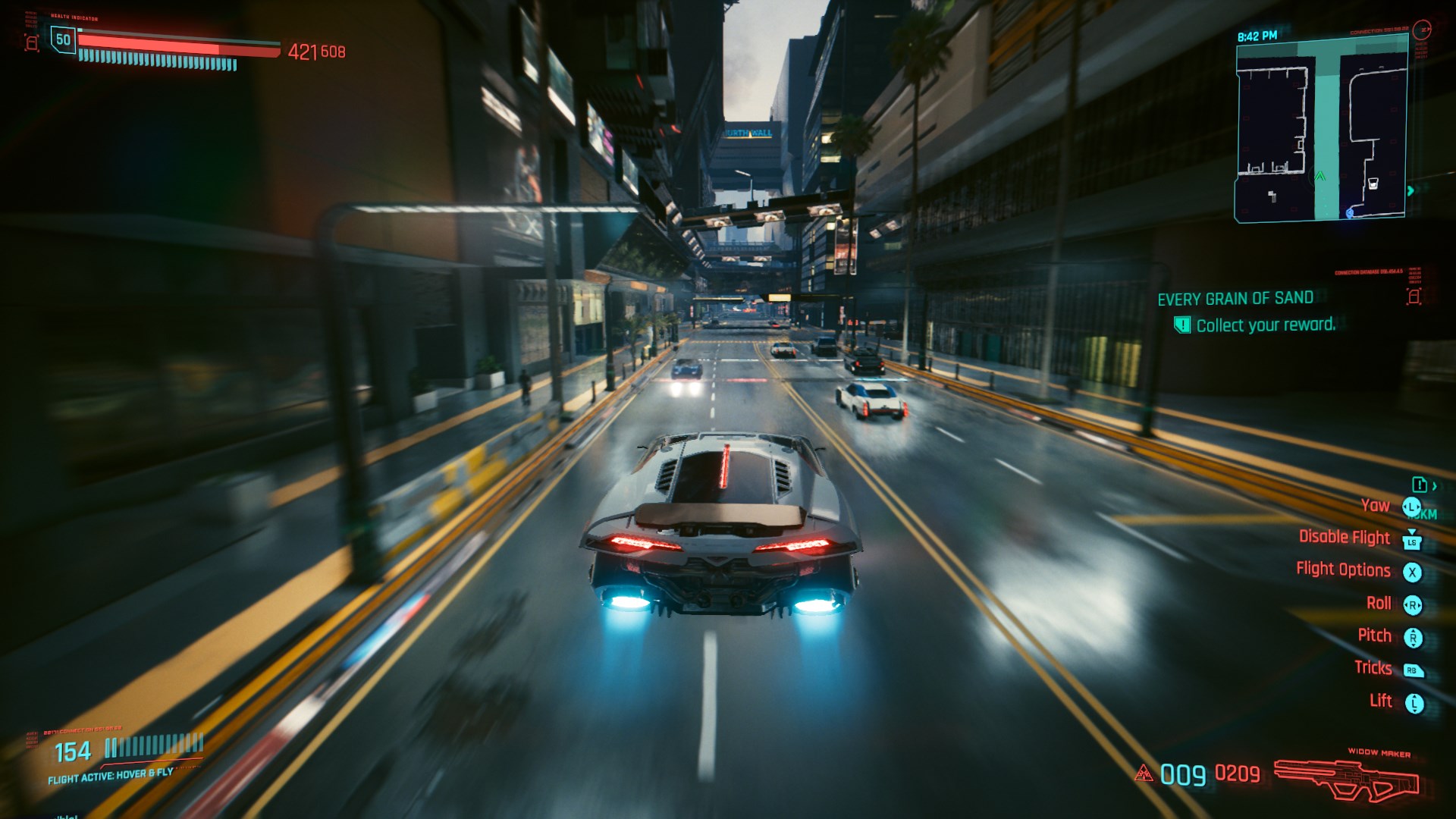 The thrusters now use actual mesh components and are rendered nicely with the flames. I’ve started modeling some different ideas for these that will match different vehicles – the current design in the mod tries to match the white Caliburn The thrusters also animate in/out (out isn’t that visible right now),” said Jack Humbert.