Forward Defense Munitions’ L5 Caseless Ammo Rifle, also known as the “ribbon gun”, is capable of firing four bullets at once. How? It boasts four 6 mm barrels cut side by side within one steel block, but it uses special bullets, as they are encapsulated in ‘blocks’ so each round is aligned with a barrel, which are made in a single piece of metal. Continue reading for another video, more pictures and information. 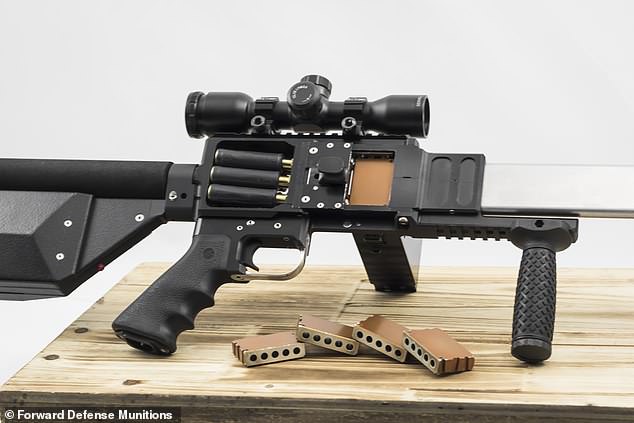 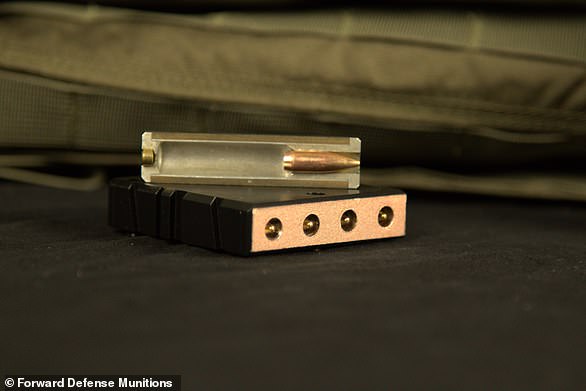 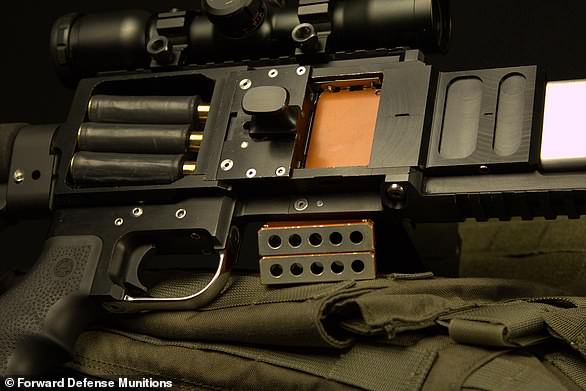 “It also includes a new type of trigger. Traditionally, the trigger is connected to a mechanical trigger pin, which fires the gunpowder and propels the bullet. In the new ribbon gun, the trigger is an electronic switch that sends a signal to an electromagnetic actuator behind the block of bullets allowing the shooter to trigger the rounds individually or simultaneously,” according to The Daily Mail.