FreezerBoy is perfect for gamers who’ve always wanted a giant Game Boy, as it’s basically a set of 6 removable (dry-erase friendly) magnets that not only work on fridges, but other home appliances as well. In related news, did you know that Nintendo’s Game Boy is the company’s second handheld system following the Game & Watch series, which was introduced in 1980? It combined features from both the Nintendo Entertainment System and Game & Watch, originally bundled with the puzzle game Tetris. Get a set here now. 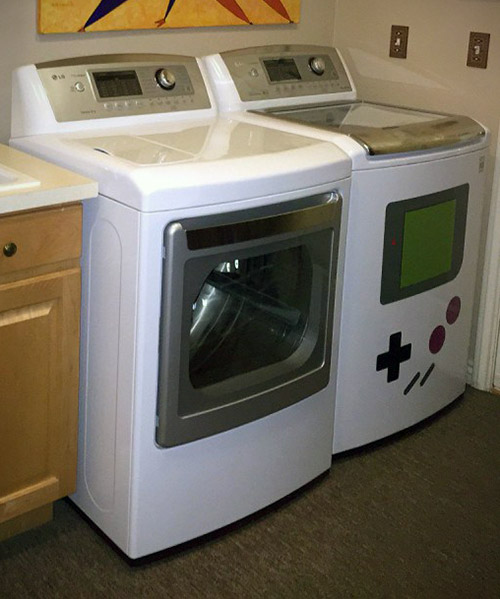 As part of the fourth generation of gaming, the Game Boy competed with the Sega Game Gear, Atari Lynx, and the TurboExpress. Despite these other handheld consoles, the Game Boy was a tremendous success. The Game Boy and its successor, the Game Boy Color, have both combined sold 118.69 million units worldwide. Upon its release in the United States, it sold its entire shipment of one million units within a few weeks. More information.