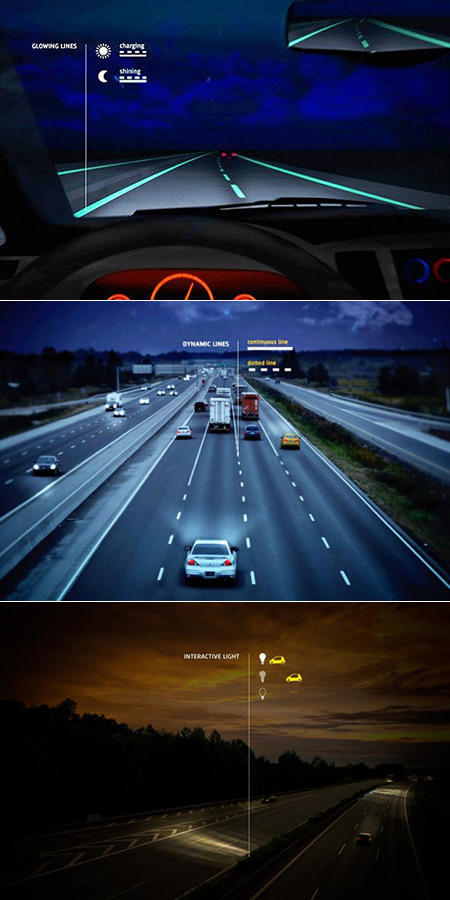 We have seen the future of highways, and they probably won’t have street lights. That’s right light-absorbing, glow-in-the-dark road markings have replaced traditional street lights on a 500-meter stretch of highway in The Netherlands. To accomplish this, the roads are treated with a special foto-luminizing powder that’s charged by the sun during the day, which allows the marks to glow for up to 10 hours at night. Continue reading for a video and more information.

Designer of this project and innovator Daan Roosegaarde says, “One day I was sitting in my car in the Netherlands, and I was amazed by these roads we spend millions on but no one seems to care what they look like and how they behave. I started imagining this Route 66 of the future where technology jumps out of the computer screen and becomes part of us.”