A giant sinkhole opened up in the middle of a busy Japanese city on Tuesday, swallowing a five-lane street near the main railway station. The large hole, around 98-feet wide, exposed support columns of buildings nearby at a traffic intersection in the southern city of Fukuoka, prompting fears of further collapses. Television footage showed two separate holes steadily expanding as they sucked in asphalt and soil in front of the city’s Hakata Station. Continue reading for two street-level videos, more pictures and additional information. 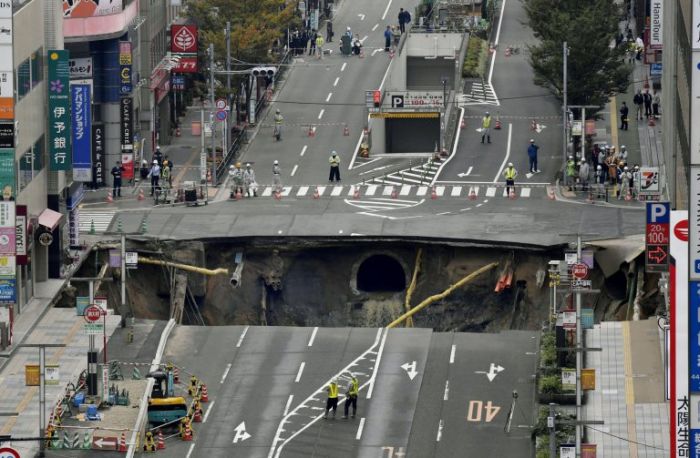 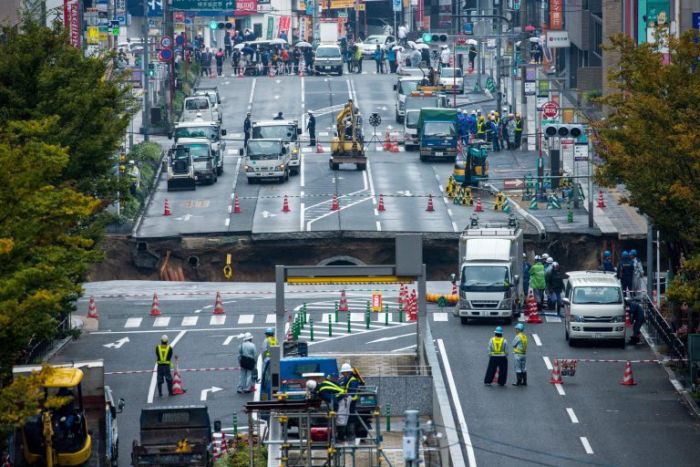 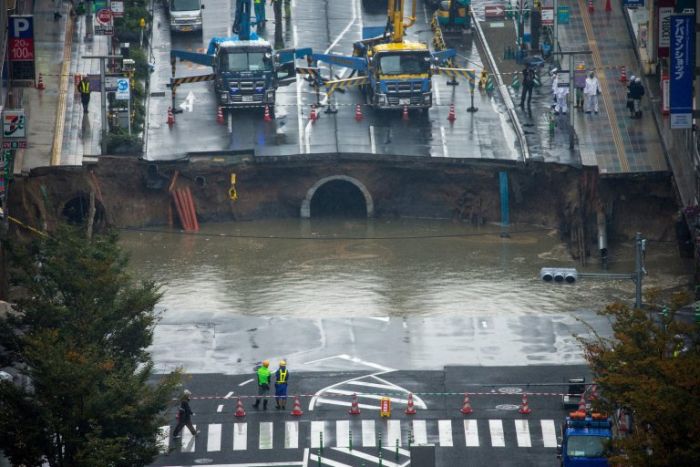 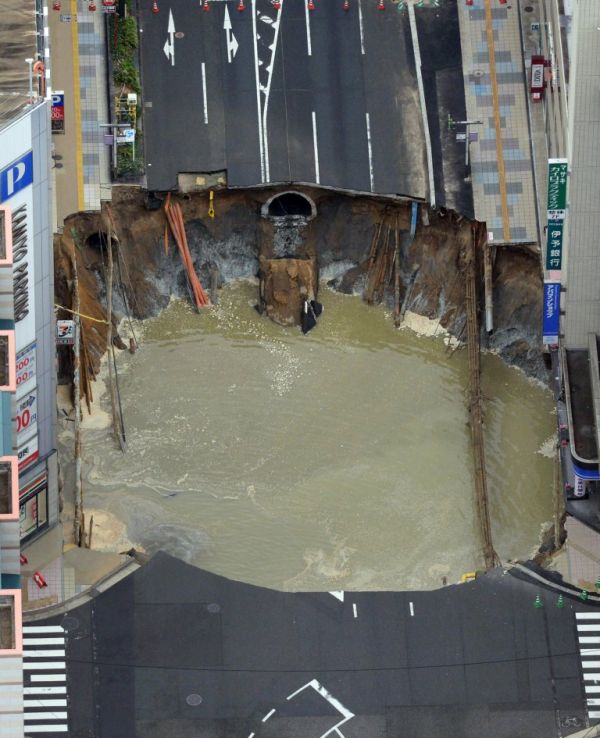 “The hole continued to expand and by afternoon was around 15 metres deep, and filling with water from broken pipes. Police, who had cordoned off the area and evacuated buildings, said there had been no reports of any injuries. Fukuoka’s mayor and transport bureau said the ongoing extension to a nearby subway line might have triggered the sinkhole,” reports Yahoo.

EC Technology 22400mAh Power Bank Can Charge 3 Devices Simultaneously, Get One for Under $19 – Today Only

AARD Quad Bike Looks Like Something Straight from the Red Planet, Has Magnetic Suspension