Another holiday, another Google Easter egg, and for this Independence Day, it has everything to do with fireworks. That’s right, you’re based in the US (or using a VPN), simply typing “Fourth of July”, “Fourth of July fireworks”, or just “fireworks” into the search box will put a fireworks show o your screen, mobile devices included. Once activated, the show lasts for around 5-6 seconds before returning to normal, but the one term that won’t trigger anything is “firework safety”, and for good reason. Read more for additional pictures and information. 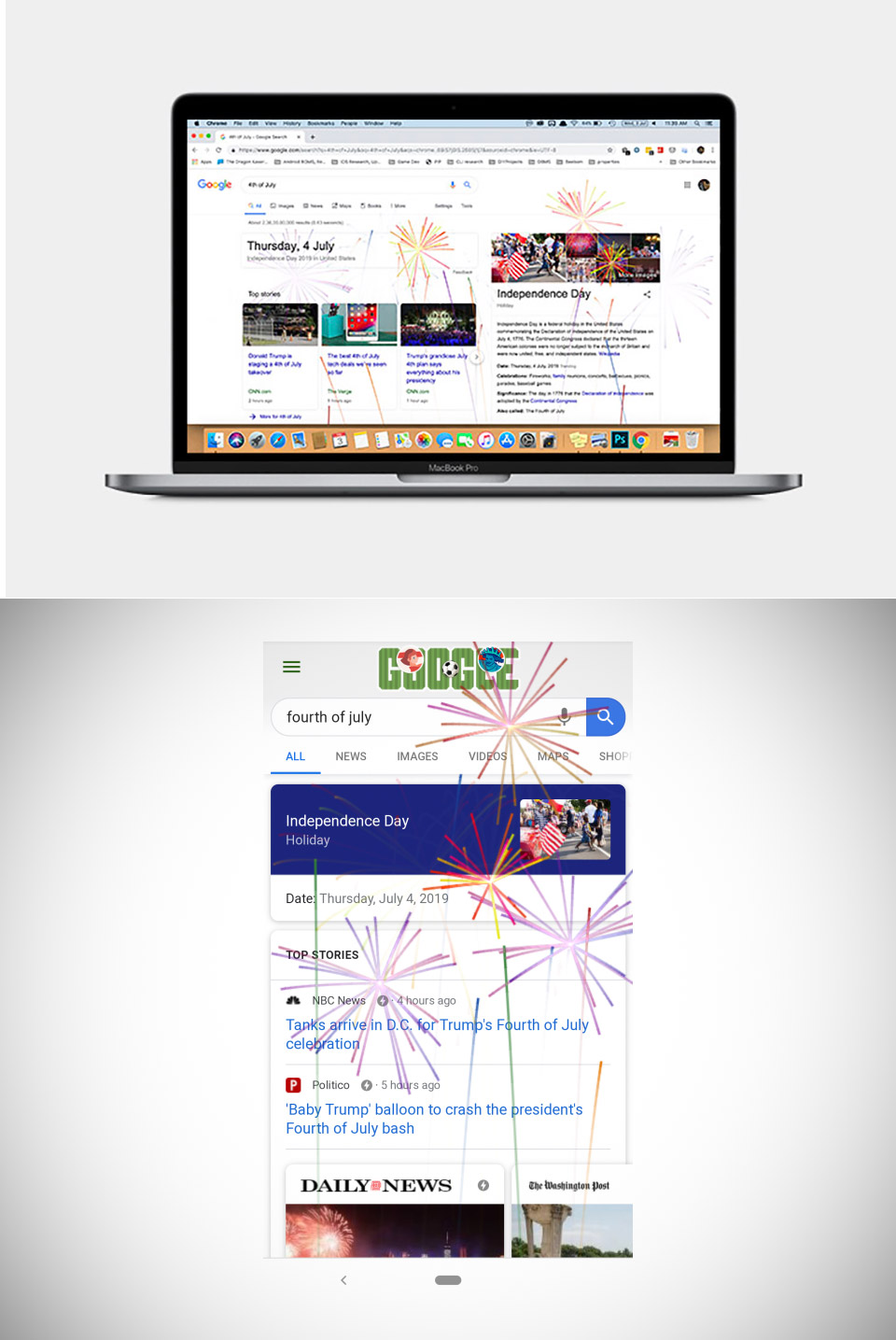 Photo credit: 9to5 Google
Google has placed Easter eggs, April Fools’ Day jokes and even hoaxes into many of its products, like Google Search, YouTube, as well as Android since the early 2000s. Why do these exist? One theory is that since Google employees are encouraged to use 20% of their time for projects of personal interest, some of the programmers / developers go on to make Easter eggs, which are then approved to go live.