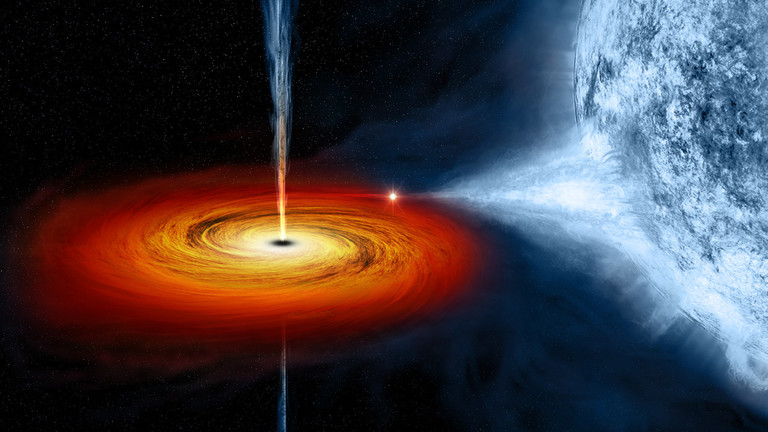 Astronomers at the Hanford LIGO observatory in the US and the Virgo detector in Italy could have spotted a neutron star being devoured by a black hole for the first time after seeing vast gravitational waves rippling across space. If this is confirmed, this discovery could shed vital insight into what exactly happens when stars crash into black holes, such as whether the star was torn apart prior to being consumed by the black hole or if it just glided into its demise. “The universe is keeping us on our toes. Unfortunately, the signal is rather weak. It’s like listening to somebody whisper a word in a busy cafe. It can be difficult to make out the word or even to be sure that the person whispered at all,” said Patrick Brady, spokesman for the LIGO Scientific Collaboration. Read more for a video explaining the phenomenon and additional information.

“It will take some time for researchers to reach a conclusion, he said. Unlike black hole mergers, when neutron stars collide they send out not only gravitational waves, but light. Since the first neutron star collision was detected in August 2017, the new field of ‘multi-messenger’ astronomy was launched with researchers collecting data from observations of both gravitational waves and light,” reports Yakima Herald.