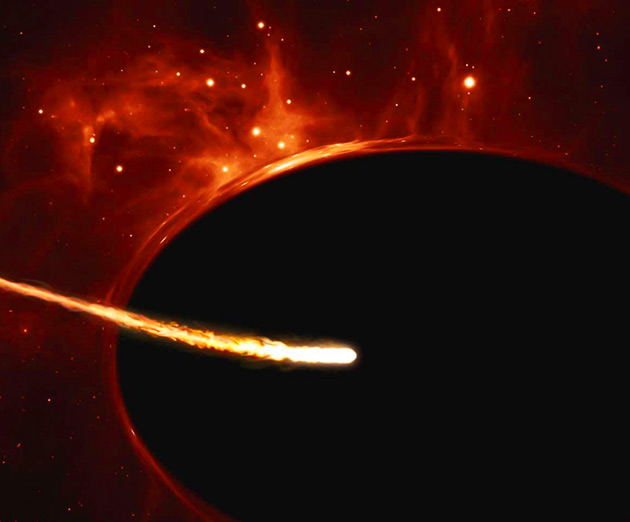 Scientists announced that a rapidly spinning super massive black hole has been discovered tearing apart a sun-like star nearly four billion light years away. The All-Sky Automated Survey for Supernovae (ASASSN) detected a flash of light 3.8-billion-years ago in a distant galaxy briefly shone with 20 times the brightness of our entire galaxy. Instead of declaring it a supernova, an international team of astronomers now believes it was a star wandering too close to a spinning black hole. “We observed the source for 10 months following the event and have concluded that the explanation is unlikely to lie with an extraordinarily bright supernova. Our results indicate that the event was probably caused by a rapidly spinning supermassive black hole as it destroyed a low-mass star,” said lead author of the study, Giorgos Leloudas. Click here to view the first image in today’s viral picture gallery. Continue reading for the five most popular viral videos today, including one explaining why you hear a dial tone after someone hangs up in old movies.

5. Why You Hear a Dial Tone after Someone Hangs Up in Old Movies