No, this isn’t a modern weapon as may have guessed from the image, but rather one from 1941, the year after France fell. It was at this time German steelmaker and arms manufacturer Friedrich Krupp A.G. company began construction on Hitler’s Gustav Gun, which was four-stories tall, 155-feet-long, and weighed in at a massive 1,350 tons, while being able to shoot 10,000-pound shells from its mammoth 98-foot bore. Gustav was later employed in the Soviet Union at the siege of Sevastopol during Operation Barbarossa, where among other things, it destroyed a munitions depot buried in the bedrock under a bay. Continue reading for more fascinating facts. 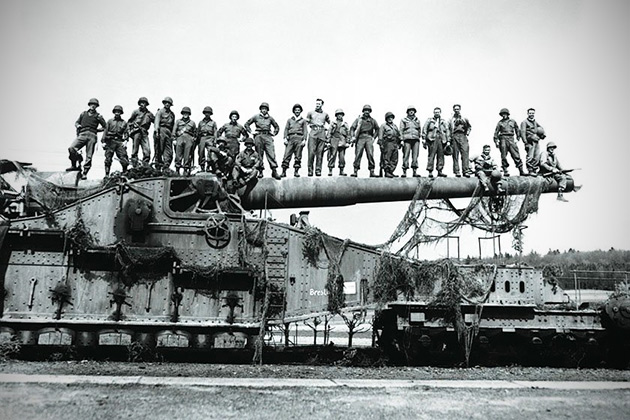 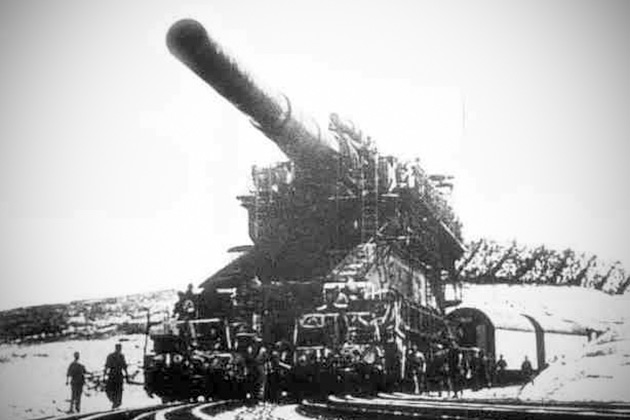 The first round was test-fired from the commissioned gun barrel on 10 September 1941 from a makeshift gun carriage on the Hillersleben firing range. In November 1941 the barrel was taken to Rugenwalde, where 8 further firing tests were carried out using the 7,100 kilogram armor-piercing (AP) shell out to a range of 37,210 meters. 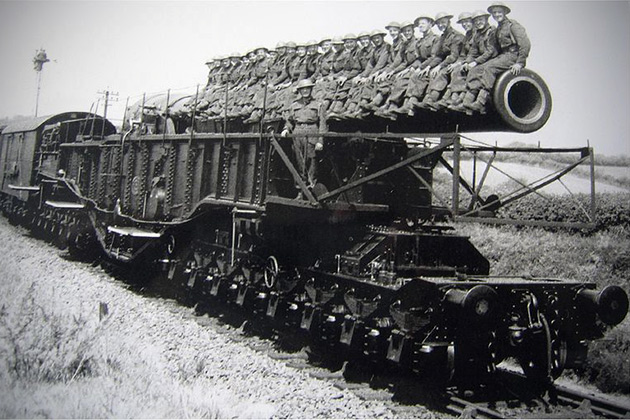 In combat, the gun was mounted on a specially designed chassis, supported by eight bogies on two parallel sets of railway tracks. Each of the bogies had 5 axles, giving a total of 40 axles (80 wheels). Krupp christened the gun Schwerer Gustav (Heavy Gustav) after the senior director of the firm, Gustav Krupp von Bohlen und Halbach. 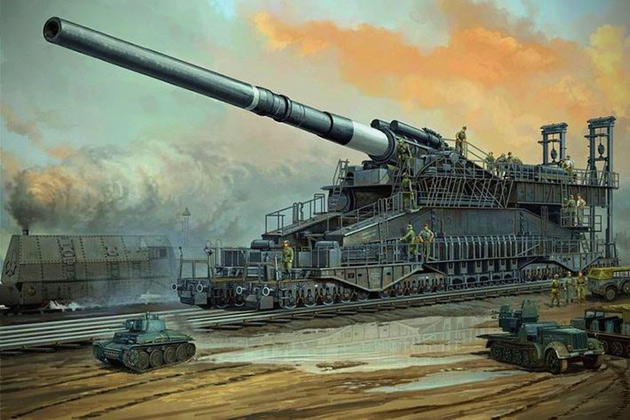 The gun could fire a heavy concrete-piercing shell and a lighter high-explosive shell. A super-long-range rocket projectile was also planned with a range of 150 km, that would require the barrel being extended to 84 meters.

The gun was moved to Leningrad, and may have been intended to be used in the Warsaw Uprising like other German heavy siege pieces, but the rebellion was crushed before it could be prepared to fire. Gustav was destroyed near the end of the war in 1945 to avoid capture by the Red Army.

MyDigitalSSD 128GB OTG is Palm-Sized with USB 3.0 5Gbps Performance, Get One for Under $65 Shipped – Today Only

This is Not a Bazooka, Just the Sigma 200-500mm Ultra-Telephoto Zoom Lens