The Chrysler TV-8 was essentially an experimental concept tank designed by Chrysler in the 1950s, and intended to be a nuclear-powered medium tank capable of land and amphibious warfare. Unfortunately, the design was never mass-produced. Using an unconventional tank design, the proposed tank located the entire crew, engine and ammunition storage within a pod-shaped turret mounted above a lightweight chassis which could be separated for air shipment. The entire crew compartment, main gun and powerplant are all housed in one massive turret. Continue reading for more interesting facts. 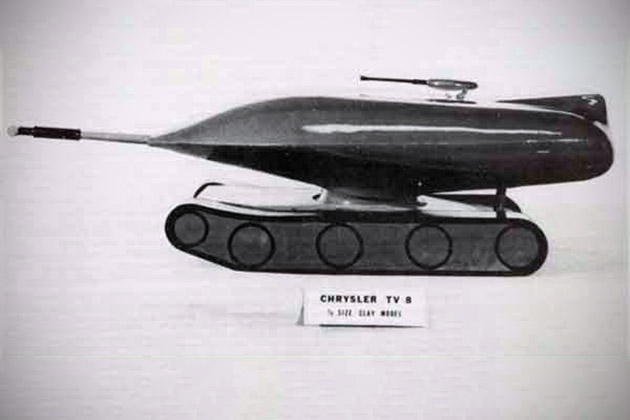 The TV-8 was equipped with external video cameras relaying images to screens in the main compartment, designed to allow the crew to see their surroundings without having to open any hatches, while also protecting them from the flash of tactical nuclear explosions. 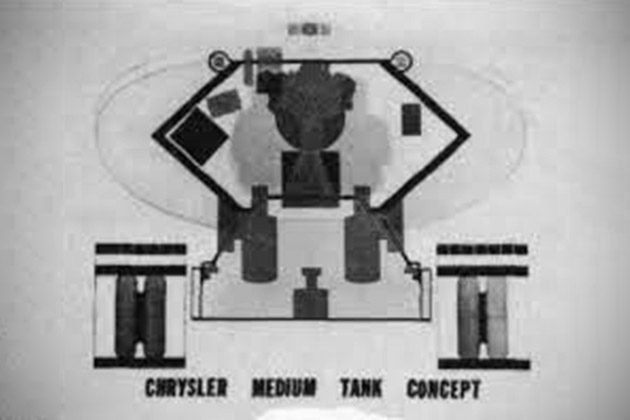 The total weight of the tank was approximately 25 tons, with the turret weighing 15 tons and the chassis weighing 10 tons. 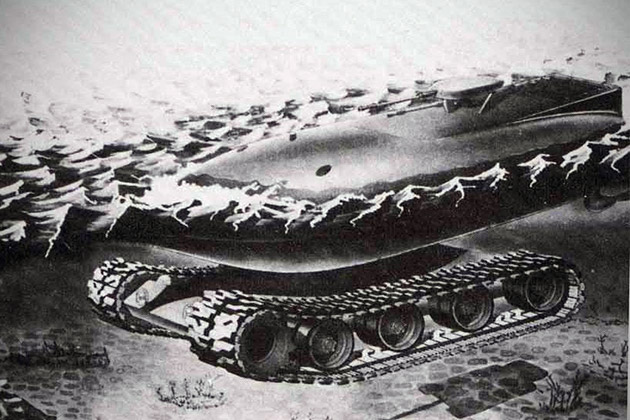 The tank was armed with a 90mm T208 gun with a hydraulic ramming device mounted in the turret, with ammunition stored in the rear turret behind a steel bulkhead separating from the crew. Two co-axial .30 caliber machine guns and one remote controlled .50 caliber machine gun on top of the turret were also included. 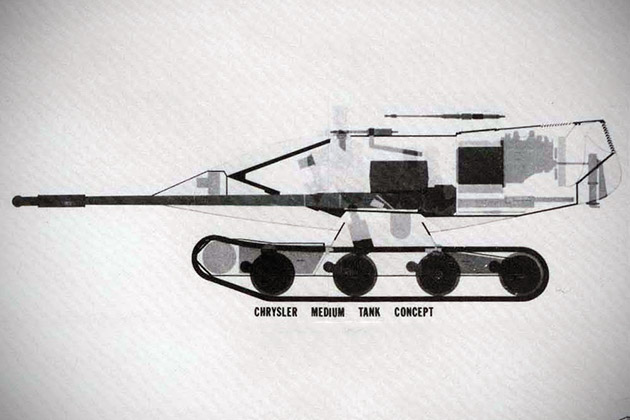 The design of the tank was intended to allow it to float, with the turret being watertight and fitted with water jet pumps in the rear to allow for propulsion while in water. The turret consisted of two layers, namely an inner and outer shell, with the outer section acting as spaced armor protecting the inside. 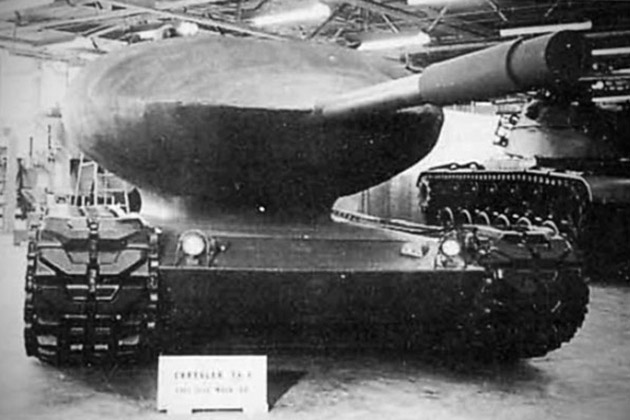 In addition to the nuclear-powered vapour-cycle power plant option, Chrysler also had some more conventional drive system options, including an internal combustion V8 and a gas turbine engine. The only prototype of the TV-8 was equipped with a 300-horsepower V8 which acted as a generator to supply electricity to the two electric motors driving each of the 28-inch wide tracks.

Humanoid Statue Discovered on Mars, Might Suggest Intelligent Life Once Existed on Planet