If DeLorean and Lamborghini made a car, it would probably be the Marzal, which made its official debut at the 1967 Geneva Motor Show. Designed by Marcello Gandini of Bertone, it was created to supply Ferruccio Lamborghini with a true four-seater car for his lineup which already included the 400GT 2+2 and the Miura. Continue reading for five cool and unusual things you may not have known about this stylish supercar.

5. It Has Glass Gullwing Doors 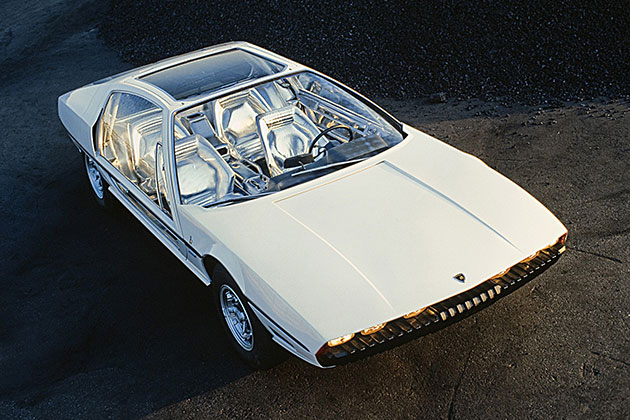 It was distinguished by amply glazed gullwing-doors and an equally amply louvered rear window. The body was too controversial for Ferruccio’s taste because it used no less than 49-square-feet of glass, as even the lower part of the upward swinging gullwing doors were glass-filled. This glass was built in collaboration with the Belgian Glaverbel company. 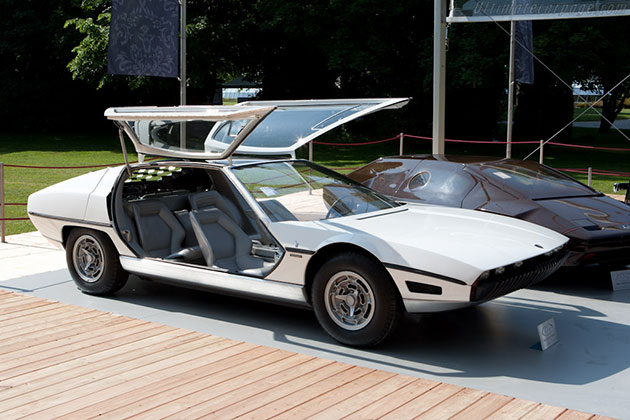 It was powered by a 2.0L in-line six engine that produced 175bhp, mated to a 5-speed manual transmission. What you may not have know is that it’s actually a halved version of Lamborghini’s 4L V12. In other words, power was supplied by half a Miura engine – the V-12 was cut in half lengthwise, transversely mounted in the rear. 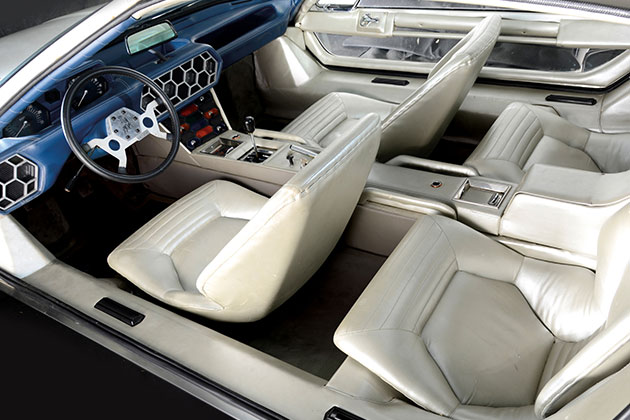 The Marzal remained a one-off, though the general shape and many of the ideas would later be used in the Lamborghini Espada. The Marzal design probably found wider recognition as a die-cast model, with both Dinky Toys and Matchbox making scale models, albeit in other colors such as orange, despite the original show car being painted silver.

2. Only Driven Once in Public 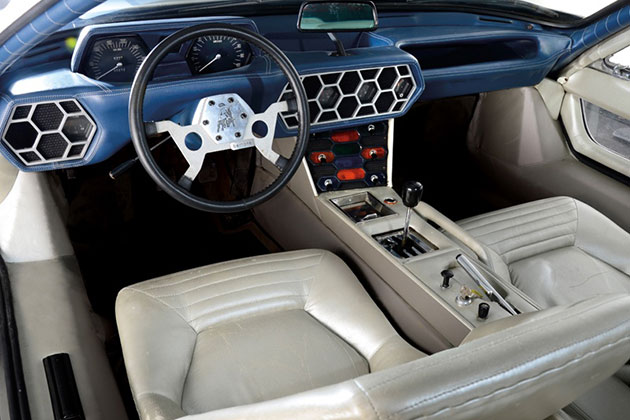 This car was publicly driven only once, by Princess Grace and her husband, as the Monaco Grand Prix pace car the same year it was designed. The Marzal made a second public appearance at the 1996 Concours Italiano in Monterey, California in honor of Carrozzeria Bertone.

He Rented a Digital Billboard Facing a Busy Street. What He Does Next? You’ll Think It’s an Illusion