Some cars used in Hollywood movies get turned into a mid-engine ’67 Ford Mustang Fastback, while others are simply destroyed during the production process. JEM FX specializes in the latter and recently worked on Marvel’s ‘Shang-Chi and the Legend of the Ten Rings’, in which they were tasked with a BMW i8 was obliterated by a bus.

Like anything in movies, things are not what they seem, as the i8 first had to be scored, or stripping away the protective sheet metal in a car and gutting the pillars. This weakens the structure to enable it to fold under less weight. In all, it took 4-hours to score the car to allow a 3,000-pound weight to destroy the frame in seconds. 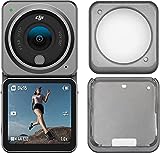 In real life, cars don’t always get destroyed in the most cinematic ways. Even when hit repeatedly, a car roof won’t always cave in on itself like we’re used to seeing in movies. That’s where scoring comes in — stripping away the protective sheet metal in a car and gutting it of its support,” said the team at JEM FX.