Photo credit: Hubble Site
NASA’s Hubble Space Telescope has captured the most detailed image of the Triangulum galaxy (M33) yet, and it’s composed of 54 Hubble fields of view stitched together, revealing nearly 25 million individually resolved stars. “The borders of individual Hubble images trace the jagged edge of the mosaic, which spans 19,400 light-years across. Striking areas of star birth glow bright blue throughout the galaxy, particularly in beautiful nebulas of hot, ionized hydrogen gas like star-forming region NGC 604 in the upper left,” said NASA. Read more to see the full image, another video and for additional information. 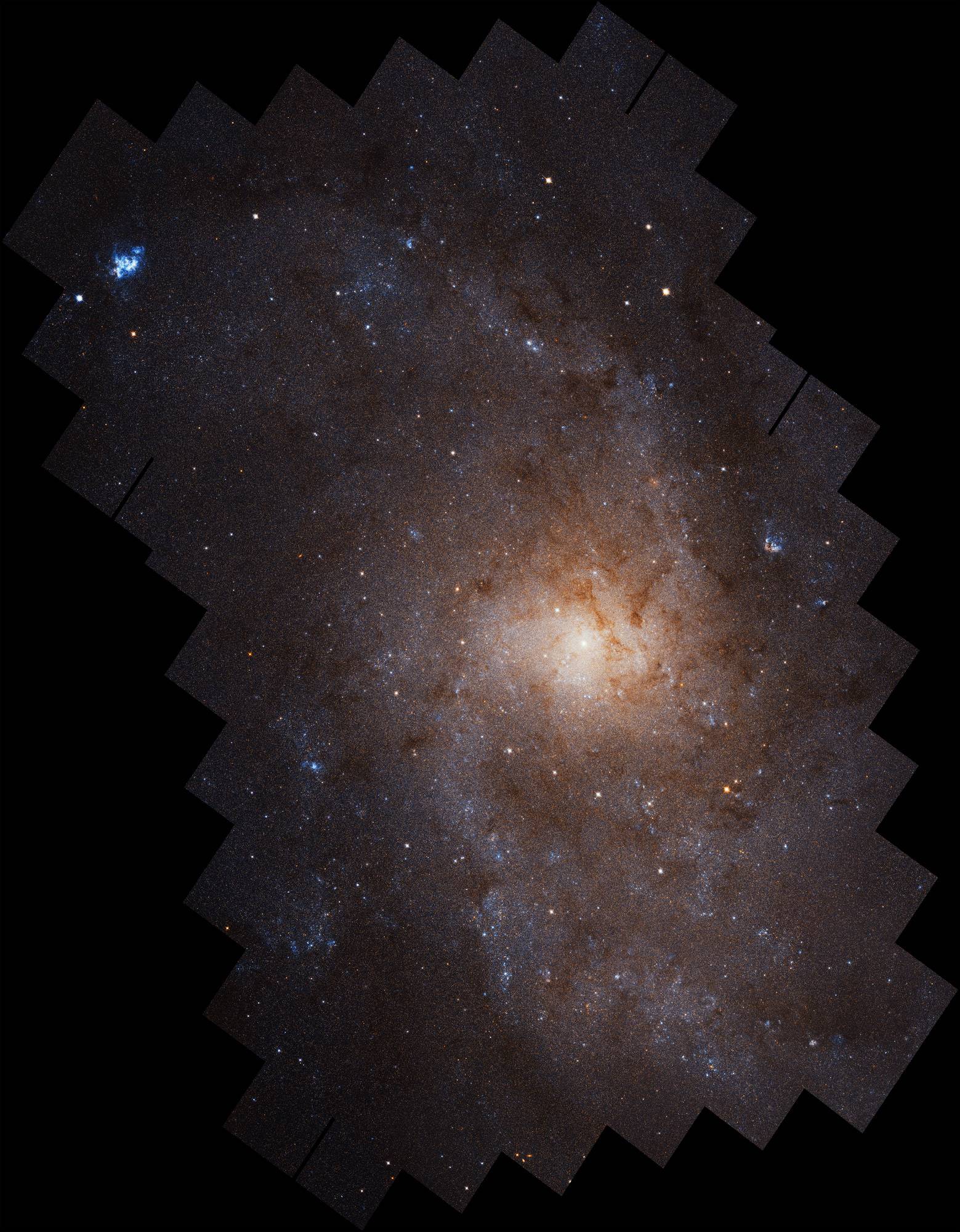 The Triangulum galaxy (M33) is oriented with its face toward us, making it ideal for studying the distribution of stars and gas in its well-defined spiral structure. “My first impression on seeing the Hubble images was, wow, that really is a lot of star formation. The star formation rate intensity is 10 times higher than the area surveyed in the Andromeda galaxy in 2015,” said astronomer Julianne Dalcanton of the University of Washington in Seattle, who led the project.


“Astronomers think that Triangulum has been an introvert, avoiding disruptive interactions with other galaxies, instead spending the eons tending its well-ordered spiral and turning out new generations of stars. Further research may determine if Triangulum is actually a newer member of the Local Group of galaxies, and perhaps its quiet days will soon be over. This mosaic was created from images taken by Hubble’s Advanced Camera for Surveys between February 2017 and February 2018,” adds Hubble Site.

CES 2019: Intel and Facebook are Working Together to Make a Low-Cost Artificial Intelligence Chip